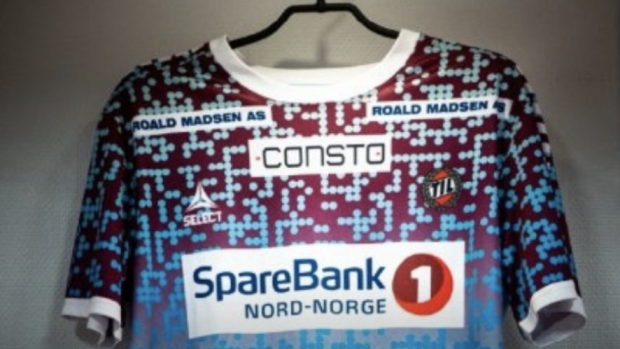 Tromso football club is leading the rest of the sports world by example.

The Norwegian professional football club took a massive step in the right direction and launched the first ever kit in history to support human rights issues.

The team partnered up with Amnesty, a global movement organization that campaigns for human rights.

Tromsø IL launches the first kit in history with a QR code - focusing on sportswashing and human rights in Qatar. pic.twitter.com/mFb2YCJQ3r

The kit features a QR code that leads to more important information on Qatar, where the 2022 World Cup will be held.

Tromso will wear the hidden human rights message on their sleeve 👕 pic.twitter.com/2uNYkjm8iy

Tromso has no issues in being vocal about their feelings towards the abuse in the country. In February, the club requested the National team to boycott the tournament if they were to qualify.

Tromso, a football club in Norway's top-flight, has called on the country's FA to boycott the 2022 World Cup in Qatar should the national team qualify. pic.twitter.com/HkIyEiLfjZ

What an incredible idea to broadcast a message that needs to be heard!

Good on ya, Tromso!