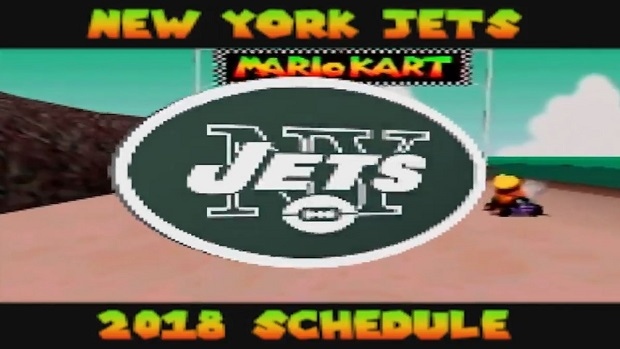 The NFL released the official schedule for the 2018 regular season on Thursday night and many teams around the league got creative with the way they shared out their upcoming schedule.

One team that really stepped up with their own schedule release was the New York Jets, who turned to a Nintendo classic in Mario Kart 64.

The team was represented by Luigi, since he practically rocks all green, as he took on seven other characters on the Koopa Troopa Beach track. Instead of filling the designated part of the screen with a weapon from the item box, the team ended up replacing the items with their weekly opponent.

Even the Jets’ biggest enemies will get a kick out of this video.