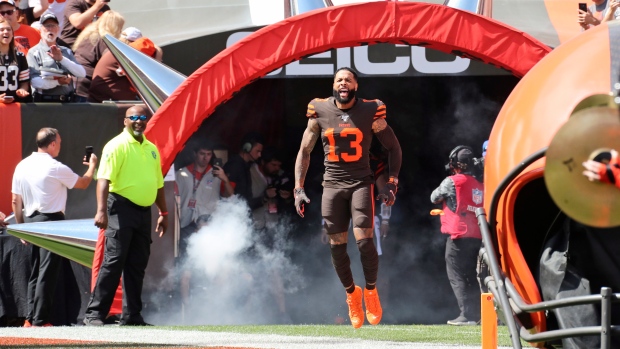 One of the most highly-anticipated teams of the year, the new-look Cleveland Browns, opened their season on Sunday against the Tennessee Titans, and Odell Beckham Jr. was feeling extra spicy for the moment.

Playing contact sports with two or three practice players’ worth of salary on your wrist, because you can. That’s wild.

The Browns didn’t quite live up to the hype in their first game, falling 43-13 to the Titans. We’re just glad to have football back in our lives, though, and Baker Mayfield back on the drums for Phil Collins.

Football is back and so are #BakerMayfield drum solos to Phil Collins! 🥁🥁 • (🎥: @clevelandbrowns)