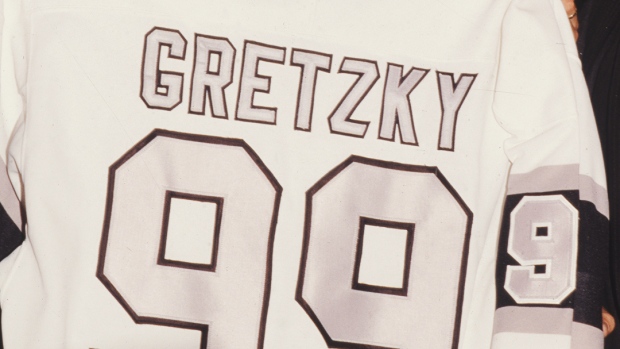 On this day 32 years ago — August 9th, 1988 — the Edmonton Oilers did what many never envisioned they would.

Nine years into his Oilers career and just two months removed from winning his fourth Stanley Cup with the team, Wayne Gretzky was traded to the Los Angeles Kings, with a return package of Jimmy Carson, Martin Gelinas, $15 million in cash and three future first round picks going to Edmonton.

Safe to say, this trade changed the landscape of hockey both in Canada as well as the United States.

28 years ago today, Wayne Gretzky was sent to Los Angeles in "The Trade."

On August 8, 1988, rumors circulated of a blockbuster trade that would send Wayne Gretzky to the @LAKings. In addition to acquiring @WayneGretzky, the #LAKings were also rumored to be unveiling a new set of uniforms at a scheduled press conference on August 9.#GoKingsGo pic.twitter.com/YZaJoIME3W

Although Canadians were unhappy to watch Gretzky left for L.A. — in fact, a member of Canadian Parliament attempted to get the government to block the trade — he was consistently greeted with cheers and support from the crowd in Edmonton, even while the Gretzky-led Kings went on to eliminate the Oilers from the playoffs in the first season after the trade.

The post-Gretzky Oilers would go on to win one more Stanley Cup in 1990, while Gretzky was never able to capture the championship again over stints with the Kings, St. Louis Blues and New York Rangers.

Gretzky’s presence in Los Angeles as a 28-year-old still very much in the prime of his career would energize the growth of hockey in the U.S., but we can’t but wonder what the history books would look like today if The Trade never happened.