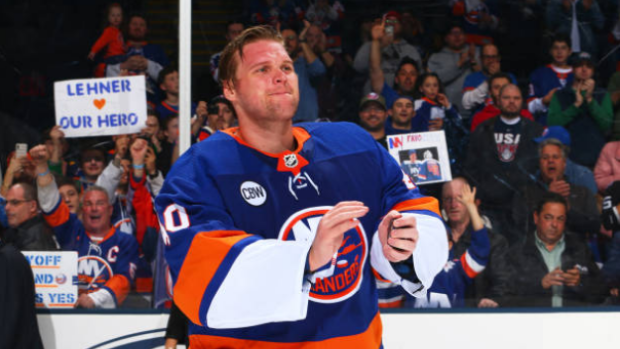 On the same night, it was determined that the Islanders have home ice in their series against the Pittsburgh Penguins after locking down second place in the Metropolitan Division.

To celebrate both accomplishments, Lehner shared a heartfelt message on his Twitter, thanking those that stuck with him through the adversity he faced, both on and off the ice.

Anything is possible with this group. pic.twitter.com/cyo8gtlFvc

"Now 1 year sober going into the playoffs with this group is something that I could only have dreamed of 1 year ago. One day at a time. Let's do this."

After signing with the Islanders, Lehner revealed his personal struggles in a candid piece on the Player's Tribune. The article detailed his battle with drugs and alcohol that ultimately led to a number of mental health battles where he contemplated suicide. Lehner was then diagnosed with bipolar 1 with manic phases.

But through all the turmoil, the former Ottawa Senator and Buffalo Sabre put together his best season over his nine-year career.

His .930 save percentage was only second to Dallas' Ben Bishop for the highest in the entire NHL. In 46 games, Lehner posted a 2.13 goals-against average with a 25-13-5 record.

Despite the higher seed, the underdog Islanders will rely heavily upon Lehner and Thomas Greiss if they want to shut down the potent offence of the Penguins.

As Lehner proved over the last year, no task is too daunting to overcome.