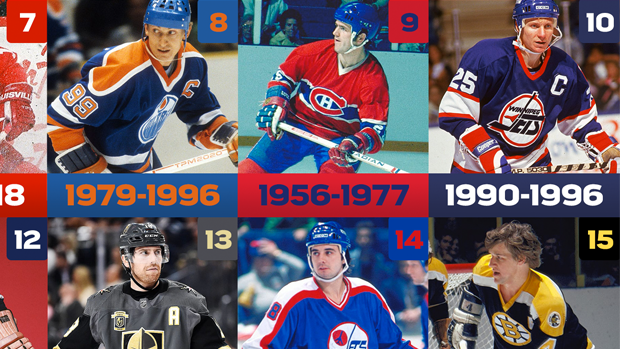 There have been a lot of jerseys in the 100 years of the NHL, good, bad and ugly.

NHL.com went ahead and made a list of the top 100 jerseys of all time and had fans vote to determine the order in which they would be ranked. The results are in an you may be surprised to find out who finished number one.

First of all, you should know that no alternate jerseys were included in this voting. The list was made purely based on home and away jerseys from different eras. With that said, your winners are the Chicago Blackhawks.

The NHL released their top 25 uniforms of all time. Thoughts? 🤔

As you can see, only 6 current jerseys made the list:

Pretty impressive to see the Golden Knights make this list in the inaugural season. They’re very nice and unique jerseys but fans might just like seeing something new for that one.

It’s hard to argue with fan voting (Which is probably why the NHL did it this way), but we’re sure people will still have plenty to say. The only jersey that really surprised us by being in the top 25 is the Sabres current jersey. Of jerseys that didn’t make the top 25, we thought the ‘90s Coyotes jerseys might make it and you may notice there are no Canucks jerseys (Not even the skate that inspired a Versace sweater).

This Versace sweater (that is actually being sold) has a logo that looks very familiar...🤔