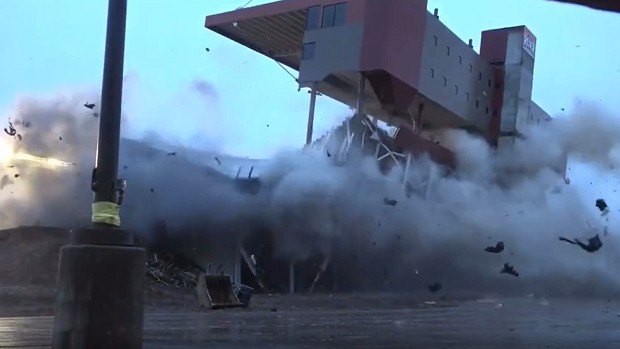 Out with the old and in with the new.

Oregon State’s football team is getting a new-look stadium in the near future with renovations currently going on, and with the offseason now underway they decided it was the perfect time to get rid of part of the stadium.

It wasn’t your typical demolition, as the school let head coach Jonathan Smith do the honours of blowing up part of the stadium.

Oregon State just let their head coach blow up the stadium and it kicked ass. pic.twitter.com/ELraC8e3NM

We’re guessing Smith if the first coach to ever have the honours of blowing up part of their team’s stadium, and former NFL player Chris Long weighed in with which coach he thinks should be next up to do something similar.

Eagles fans already did some of the work for Rivera last weekend when they took out part of a wall while trying to get Jalen Hurts’ attention.