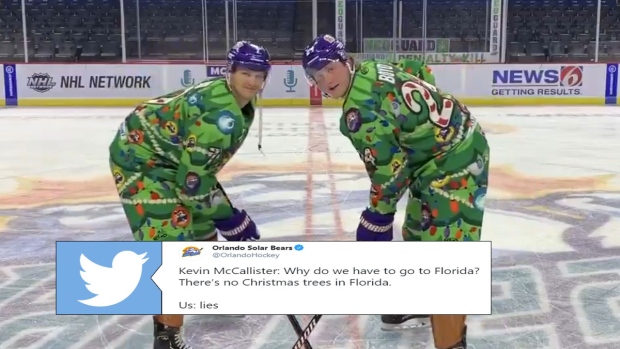 This Saturday the Orlando Solar Bears will host the Atlanta Gladiators, and it will also be their annual Teddy Bear Toss game. So, as a way to go all in for the night, the Solar Bears had some special jerseys designed for the game and you can probably guess what they’re supposed to resemble.

Can’t wait to see you all tomorrow for Teddy Bear Toss, when we’ll be rocking these beauties! 🎄

That’s right, the Orlando Solar Bears are going to look like giant Christmas trees when they hit the ice on Saturday night, and we’re kind of into them.

Kevin McCallister: Why do we have to go to Florida? There’s no Christmas trees in Florida.

You’ve got to love this time of the year!