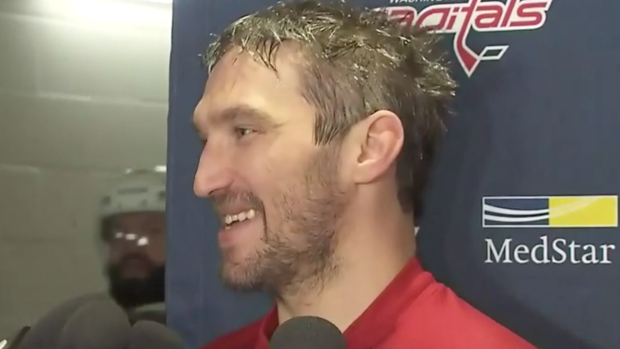 Without opening another tab or app and looking, do you know who's leading the NHL in points right now?  Connor McDavid?  Nope, he's tied for second with 17 points.

What about Sidney Crosby and Nathan MacKinnon?  14 and 12 points respectively.  It has to be a forward, though, right?  Wrong!  Still can't figure it out?  Fine we'll give you the answer, it's John Carlson of the Washington Capitals.

Will John Carlson continue his hot start to the season? [🤔] pic.twitter.com/OavXRt0UEW

Carlson is coming off a career year in which he recorded 70 points and 57 assists, and he's clearly picked up right where he left off with 20 points in 11 games thus far.

We're not sure how sustainable the point production is going to be, but Carlson has to be the Norris frontrunner right now and his teammates, particularly Alex Ovechkin, are already starting to the Norris campaign for John.

#Ovi has a new nickname for the #NHL points leader #JohnCarlson [😂]

Carlson has at least a point in all but one game this season and he can continue his current 8-game point streak Thursday night against the Oilers, a team he has 12 points against in 14 career games.