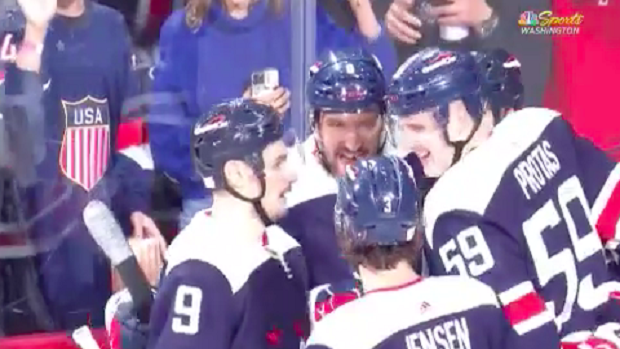 Alex Ovechkin is a dangerous man anytime he steps on the ice against your favourite team, but if someone on your team accidentally hits Ovi in the face with a puck then it’s going to be a bad night for your team.

On Friday evening, Ovi recorded his 28th career hat-trick and the team behind the scenes for the broadcast had a little bit of deja vu and came up with a sweet stat. 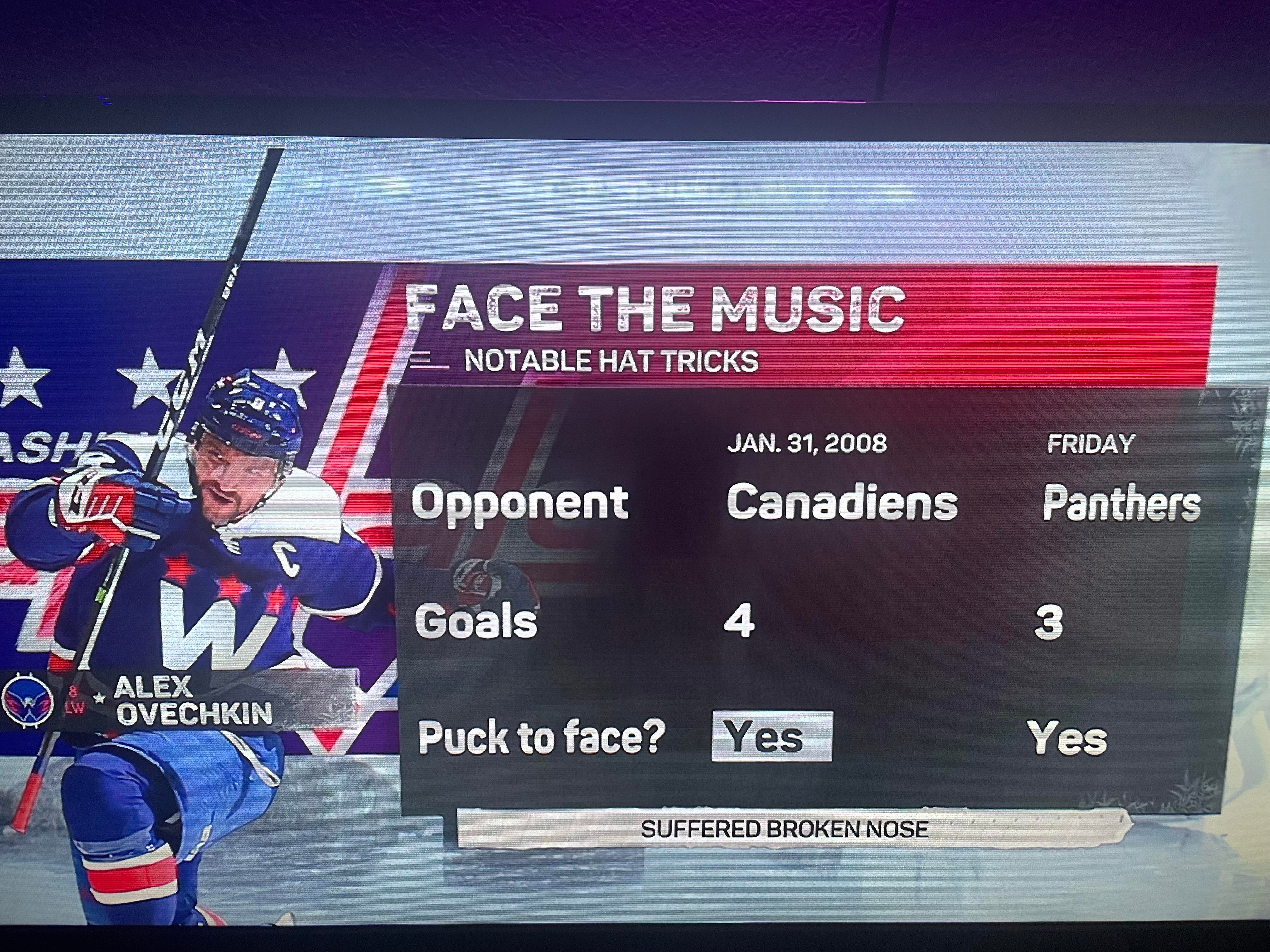 Alex Ovechkin has celebrated a lot of hat-tricks, but it's different celebrating one with Ovi Jr.

Basically, don’t make Ovi angry because he’s already on a mission to score as many goals as possible on a nightly basis.