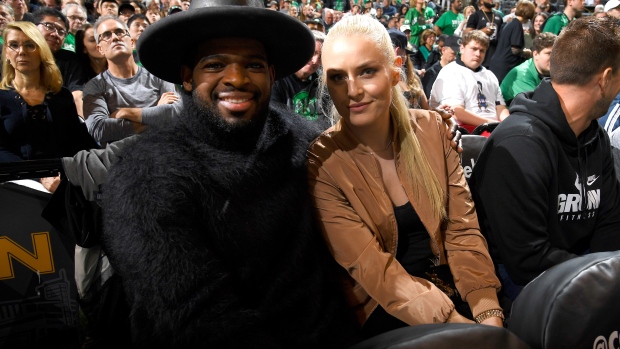 Today is Valentine’s Day, also known as National Congrats On Shooting Your Shot Day, and so here is P.K. Subban to expound on the benefits of putting yourself out there.

If you follow Subban or his girlfriend, Olympic skier Lindsey Vonn, on social media, then you’ll know that they’re basically living everybody’s dream life together. Subban explained how the two met — things started off on a bit of a tense note, but obviously, it’s all worked out for the happy couple since.

@subbanator's advice this Valentine's Day?? Shoot your shot. Just listen to how he met @lindseyvonn! 💞

What’s hilarious about this is that the interview in question that Subban refers to is already widely known. How could it not? The guy really, genuinely said, “It’s hotter outside than Lindsey Vonn looks today.”

Bold move, and all the more bolder when you consider that he hadn’t even met Vonn at this moment yet! But you know what they say on days like these — love prevails, and of course it helps that Subban is just an easy to like dude.

Although we’re sure the two are celebrating the day together now, Vonn is also celebrating the end of her storied career, which officially came to a close after a bronze medal finish in her final race over the weekend. She is widely considered the GOAT in women’s skiing, and when she came home, Subban made sure to weigh in. Could there be anything more romantic than being called the greatest of all-time at what you do?