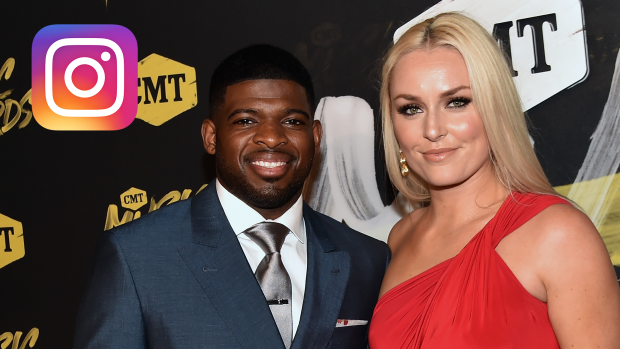 In the 'Information Age' people have seemingly elected Instagram as the platform in which to make things official. Wednesday, P.K. Subban and Olympic Skier Lindsey Vonn finally put rumours to rest and announced their relationship to the world at the 2018 CMT Awards in Nashville, posting a number of pictures on their respective social accounts, including Instagram.

A few weeks ago the couple were spotted at Game 7 of the NBA Eastern Conference Finals, but until Wednesday neither Vonn or Subban had posted about their relationship online. Although, back at the ESPYs red carpet in 2017, Subban did hint at a budding romance, stating, "it’s hotter outside than Lindsey Vonn looks today, is pretty hot.”