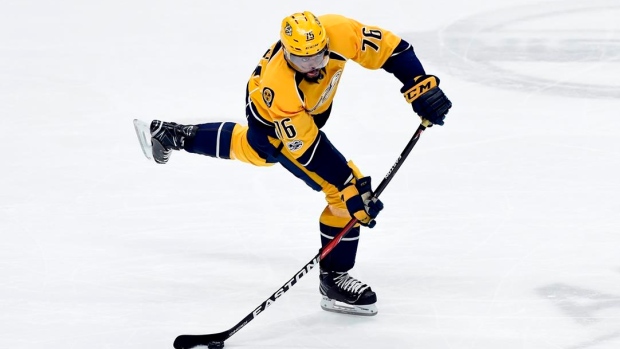 P.K. Subban is a difference maker out on the ice and in the community. The former Habs defenceman has brought his charitable actions he displayed in Montreal all the way down to Smashville.

For every home game this season, Subban will bring a police officer from the Metro Nashville Police Department and a guest along with a special mentor from a local organization who will bring a underprivledged child in what is called P.K.’s Blueline Buddies program.

.@PKSubban1: "I think it's important for athletes to set a tone in a way that we're looking to build bridges." https://t.co/kkibyWjAtV

The 28-year-old will purchase the tickets and dinner for the group, and will meet with them before and after the game is finished.

"I think it's important for athletes to set a tone in a way that we're looking to build bridges," Subban said to NHL.com.

"That doesn't take away from anybody's right to do what they want to do or how they want to exercise their rights as an American citizen, but I think it's really important for us to be role models in terms of building bridges and being a part of the solution to social issues and different things that go on in our community.”

“The concept is about building bridges in our community and not being divisive," Subban said. "I think that's the most important thing of all."

Subban has friends that are police officers, and knows the role they play in helping deter youth away from trouble.

Given the turmoil in parts of the United States, it’s great to see the initiative that P.K. is taking in terms of trying to make a strides in the community, and bring a sense of happiness to those that are less fortunate.

If anyone can command a group of people together and create companionship, it’s Subban.

In his second full season of living in America as a member of the Predators, Subban has one goal, four assists in the team’s first four games.

Good on your part, P.K., for being a awesome human being,