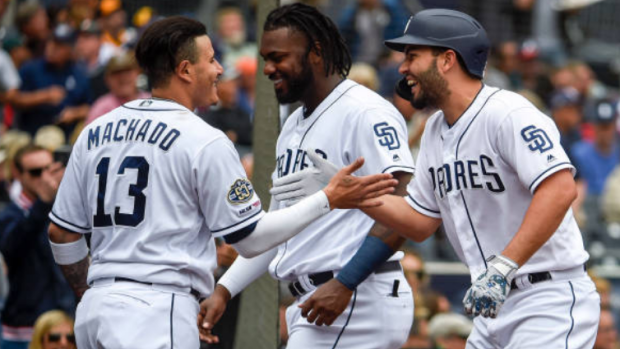 The San Diego Padres' social media team had good intentions for Mother's Day, but execution and ramifications did not work in their favour.

The club changed their Twitter handle of @Padres, which means "fathers" in Spanish to @Madres, which of course means "mothers."

It seemed like a nice gesture, but it certainly had its consequences. Budweiser actually challenged the team to change it in what was a coordinated marketing plan.

The problem? The Padres forgot to freeze their old @Padres handle, and someone by the name of Ricky Padilla changed his username to @Padres.

Shoutout to Ricky from East County, who appears to have landed the @Padres handle for today? Haha. pic.twitter.com/RvUF8syO7s

Fans of the team then started sending questions to Ricky's new handle, like asking when top prospect Luis Urías would get the call to the big leagues.

Yes, for the sake of the children. Nobody deserves to be paid that much to play like that.

Yikes. Somebody got a talking to.

The Padres, who have over 400,000 followers must've reached out to Twitter to freeze the account since it now takes you to a "page does not exist" page before reverting back to the Padres' original account.

Don't ever get caught slippin' on the internet, folks.