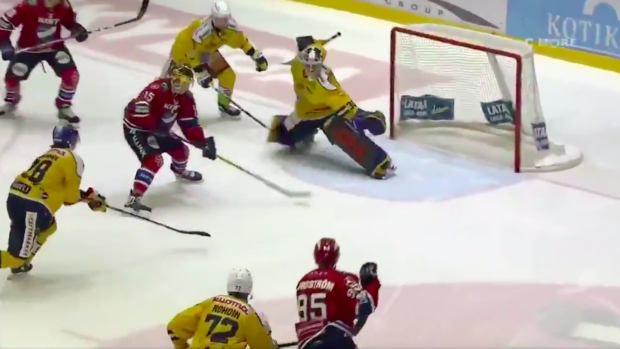 Since the Florida Panthers chose Anton Lundell with the 12th overall pick in this year’s NHL Draft, he’s probably made them feel justified about their decision with a ridiculous start to the Liiga season in Finland.

Through his first 14 games, Lundell is up to 11 goals and 19 points for HIFK. After a two-goal, four-assist game on Wednesday, the 19-year-old also became the youngest player in Liiga history to record a 6-point game.

Looks like the @FlaPanthers drafted a good one in Anton Lundell!

After some numbers-crunching from the folks at NHL Prospects, it looks like 19 points in 14 games stacks up... real favourably for Lundell and the Panthers.

Only 14 games played, but not a terrible list to be at the top of by a large margin