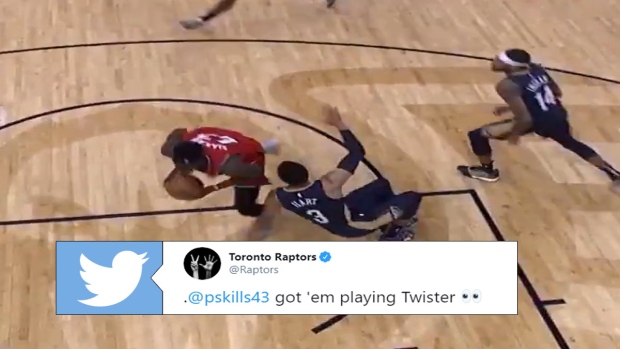 The Toronto Raptors started their five-game road trip in New Orleans on Friday night and no one was feeling it more than Pascal Siakam.

After the opening quarter the two teams were locked in a 30-30 tie, with Siakam accounting for 16 of Toronto’s points. In the second quarter, the 25-year-old picked up where he left off as he dropped another 10 points to add to his already game-high, and he broke some ankles along the way.

Unfortunately for Pelicans guard Josh Hart, he was given the task of defending Siakam and the reigning NBA Most Improved Player showed no mercy on his way to two more points.

Siakam is averaging 25.6 points through the first seven games of the season and he went into halftime of Friday night’s contest with a game-high 26 points.​