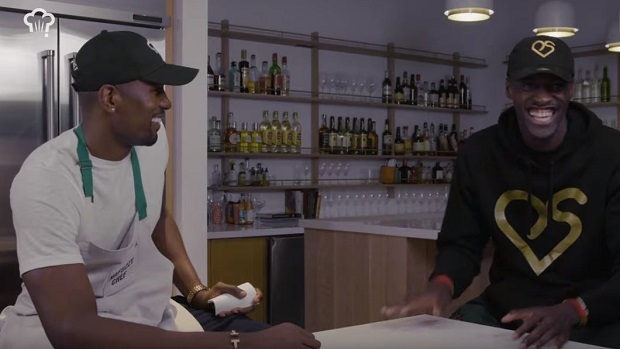 Pascal Siakam made his first appearance on Serge Ibaka’s web series “How Hungry Are You?” when he was a member of the Toronto Raptors’ Bench Mob, but by the time he made his second appearance in the series he had his very own episode.

It turns out there was more to the conversation that didn’t make the original cut, but Serge Ibaka has gone ahead and shared some bonus footage for everyone to enjoy, which includes Siakam trying to teach Ibaka some Toronto lingo, what it’s like trying to become a priest and why Siakam decided not to go ahead with it, and much more.

In Siakam’s solo episode he talked to his teammate about winning the Most Improved Player, he shared his feelings about Kawhi Leonard going home to join the Los Angeles Clippers, who the funniest player on the team and more.

You can check out the full episode below.