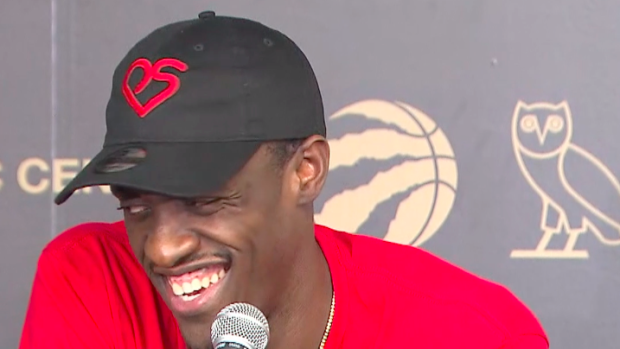 Now that the Raptors have done the thing and won their first ever NBA championship, all eyes turn to the offseason and Kawhi Leonard’s impending free agency decision.

It’s hard to say where Kawhi might end up, but you have to admit that Toronto has made just about the best pitch they can for his services. A ring can’t hurt the process, right? And the entire city of Toronto has chipped in as well, with everything from the Ka’Wine and Dine movement offering Kawhi free food for life if he re-signs to even a free multi-million dollar penthouse.

That’s all swell, but Pascal Siakam has a question: Where’s his free stuff at?

Spicy P wants to know where his gifts are at, Toronto 😂

Obviously, Kawhi is in a tier of his own, but considering his contributions in the playoffs, Siakam is probably deserving of some love from fans as well. At least a housewarming plant, right?

Add Siakam’s production in these playoffs to Kawhi’s heavy lifting, and you have a postseason points total that ties Michael Jordan and Scottie Pippen for second-most by any two teammates in a playoff run, trailing only LeBron James and Dwyane Wade. So, where’s his house at?!

Spicy P wants to know where his gifts are at, Toronto 😂