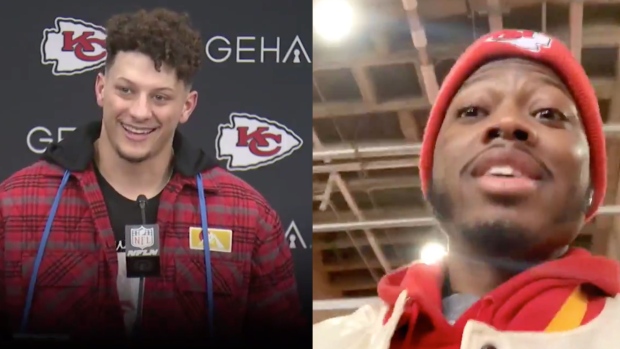 On Sunday, there was a bit of a viral moment when a Kansas City Chiefs fan left the game after the 1st quarter. Charles Penn made his decision with the Chiefs down 21-0, at this point, it was his belief that sacrificing the $258 he spent on his ticket was the team's only hope for a comeback.

AND THEN IT ALL HAPPENED.

In a wild turn of events, the Chiefs went on a massive touchdown streak, ultimately winning the game 51-31 - it was wild.

In a post-game interview, Patrick Mahomes was told about Penn leaving the game for the greater good of the team. Mahomes was then asked what he would say to this fan - he jokingly responded: "watch the next game at home."

So much has happened since then.

Mahomes reached out to thank Penn for doing what was best

Chiefs fans have gone above and beyond to also thank Penn, donating money to his CashApp to cover for his ticket, which has since well surpassed the $258, according to The Athletic.

And Head & Shoulders, who sponsors Patrick Mahomes, has offered to throw Penn the ultimate Chiefs football setup for the AFC Championship game! ... That he'll be watching from home.

This is all pretty crazy, the whole story.