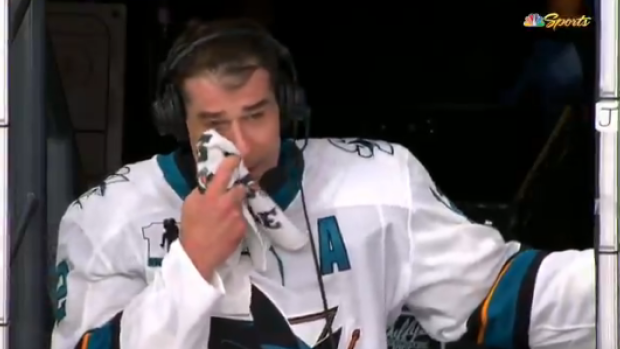 Find us a more likeable guy than Patrick Marleau. DO IT, WE DARE YOU!

Marleau has been in the league since the late 1990’s, before a lot of the players he now plays against were even born. He’s played the game with class, and he’s gained the respect of all those around him. It’s no wonder why teams have made a habit of shaking his hand following their final meetings of the season with him.

On Monday, we all got to celebrate along with #12 as he made history, passing Gordie Howe on the all-time games played list. His 1,768th NHL game was full of emotion, but no moment was quite like the post game interview when Marleau broke out in tears.

Why are we crying right now?

While Marleau’s future is uncertain, there are still 11 more games left in the season. Regardless of what he decides to do in the future, you can bet that those 11 games will be chocked full of emotion and respect.