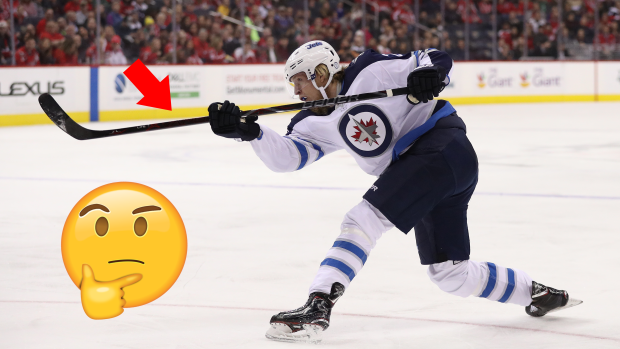 If you're a fan of Patrik Laine you should definitely hit up the Winnipeg Jets team store, because they likely have a whole lot of pro-stock sticks from the sophomore star available.

It's no surprise that players in the NHL go through sticks like people go through pencils, as they essentially have a near-unlimited supply. But still, when you think of a player's stick usage, you probably imagine that they would cycle through around three sticks at most. Laine however likes to use a few more...depending on how many powerplays the Jets have.

Interesting tidbit re: Patrik Laine. He uses a NEW stick for every power play. "You only get so much flex on those seam passes."

Laine is second in the NHL with 41 goals and has more than any other player since joining the league last year. #wfp

That's a whole lot of sticks! Again, when you have a near limitless supply of sticks, you probably wouldn't want to leave anything to chance during a game, so why not prevent your stick from breaking on the powerplay by picking up a new twig each time out?

For us regular folks, though, I would just get used to using one stick per game. That is unless you're interested in spending up to $4000 a game on equipment fees.