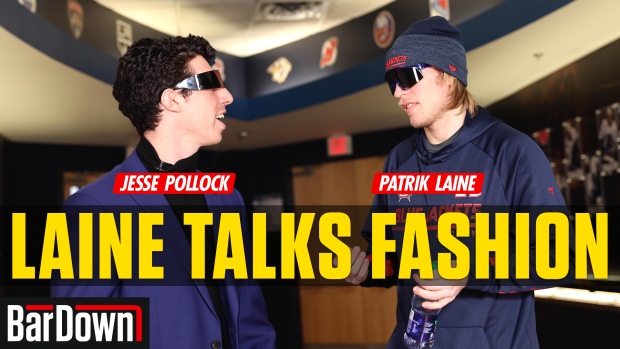 The return of Patty Laine!

It’s been well over a year since Patrik Laine was traded to Columbus, but the 24-year-old just recently made his return to the Peg and he has a special visitor from out of town come greet him.

Or… from in town?

Winnipeg’s very own Jesse Pollock made the trip down from Toronto to catch up with the former Jet and it’s safe to say the 24-year-old was pretty caught off guard by Jesse’s appearance. From his time in Winnipeg to newfound passion for fashion, a candid Patty let it all out ahead of the game and was even gifted wth a couple of presents.

Kick your feet back, relax, and maybe stick a pair of cool sunglasses on before watching…

Wow, lot’s to unpack here. For starters, sweet turtleneck man. We’re sure your mom appreciated you stretching it out, to the point it’s probably unwearable for her now. Second- can we acknowledge how cute Patty’s new pup is? We hope he named it Teemu. And finally… how about those shades? Couldn’t you see the guy just cruising into Nationwide Arena in those bad boys? With a suit in the same colour?

Laine scored 140 goals in four seasons (and two games of a fifth) during his time with the Jets. He may not play for the organization anymore but he will always hold a special place in fans’ hearts! If you were wondering about the game, the Jets came away with a 4-3 overtime win.