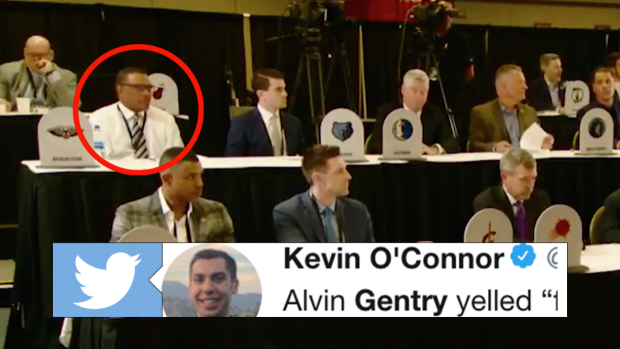 For any teams thinking about tanking in a sport that has a draft lottery, it's not a good idea.  Year after year we saw the lottery shake up the draft order and the team that comes in last end up with a pick that's not No. 1.

Tuesday night, we saw that once again as the Knicks, Cavaliers, and Suns (who had the best odds to land the top pick) all missed out on it.  Instead, the Pelicans landed the top pick and the team's head coach Alvin Gentry had the greatest reaction to his team getting the No. 1 selection.

Gentry, the Pelicans organization and their fans were so excited because you don't get the chance to draft a generational player like Zion Williamson very often.

Unfortunately landing the top pick doesn't seem like it will solve the Anthony Davis issue, though, as he reportedly still wants to be traded.

Anthony Davis' stance on being traded has not changed after the Pelicans won No. 1 overall pick, per @ShamsCharania pic.twitter.com/PkWv81twe5

If David is traded, you'd have to think the Pelicans would be getting a really good return and while it would suck to lose Davis, New Orleans would have the pieces to carry them to success in the future.