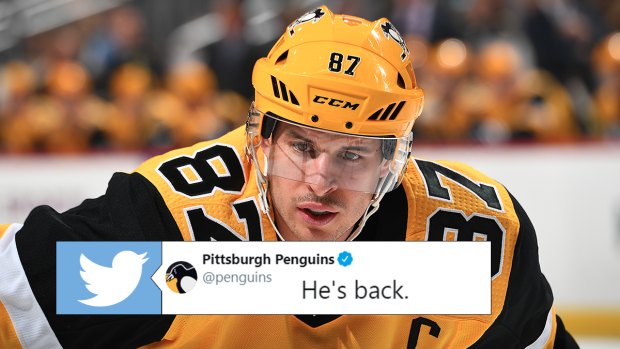 It’s been two months, but finally Sidney Crosby will be back in the Pittsburgh Penguins’ starting lineup tonight against the Minnesota Wild. Crosby underwent surgery to repair a sports hernia, and the recovery kept him sidelined for two months. Rest easy Penguins’ fans, Crosby is back.

That hype video by the Penguins got fans incredibly excited to watch their captain return to the ice.

How the Hell am I supposed to work today with news like this? 🐧🏒🥰

It’s been a long two months for Penguins fans but the Penguins are still sitting pretty in second place in the Metropolitan Division. Things no doubt look even brighter with Crosby back.