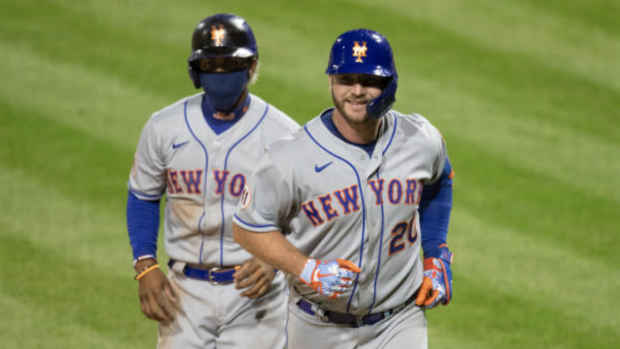 Sometimes you just need that extra bit of motivation when you’re in the batter's box.

Well, it appears that’s exactly what Pete Alonso got Tuesday evening as the Mets took on the Phillies. During the top of the ninth inning, the Mets star slugger was in the box preparing to watch Phillies pitcher David Hale on the windup when a fan reminded him of the games over/under.

Even though the Mets already were leading 6-2, Alonso absolutely clubbed the ball and gave that fan along with other betting fans a little extra gift to be happy with by getting their money.

As the game ended up being an 8-4 win for the Mets following an Alonso error, the Mets were able to capture their first win of the 2021 season!

We just know that fan has to be grinning from ear to ear!​