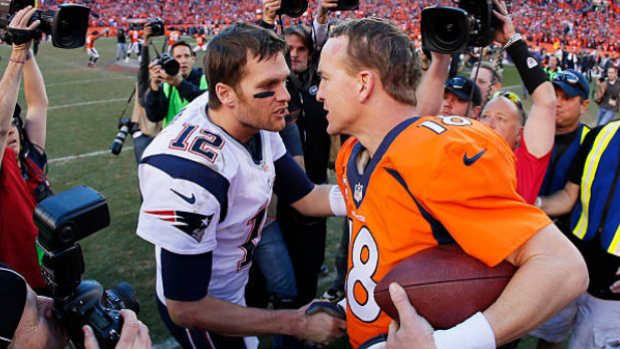 Peyton and Eli Manning are the new addition to the Monday Night Football broadcast, with the brothers operating on an alternate feed that ESPN has dubbed the Manning Megacast.

Peyton and Eli provided one pretty funny moment early on in the Monday Night Football game between the Detroit Lions and Green Bay Packers when the New England Patriots were brought up. Tom Brady and the Patriots were huge rivals to both Manning brothers, with Peyton and Brady constantly being compared in the AFC and Eli, meanwhile, beating Brady in two Super Bowl games.

The Manning bros poked fun at the Pats and their illustrious history of misbehaving. Tapping into the theme of the infamous “Spy-Gate” scandal, along with their second scandal involving filming the Cincinnati Bengals sidelines, Peyton and Eli jokingly discussed their fear of being spied on by the Pats.

"Don't talk about a play next to my locker, because I KNOW it's bugged!"

Picturing Peyton gathering a bunch of massive football players to huddle up in the showers to discuss team secrets is a pretty funny sight. Knowing Peyton, there’s a chance that it’s entirely true too!