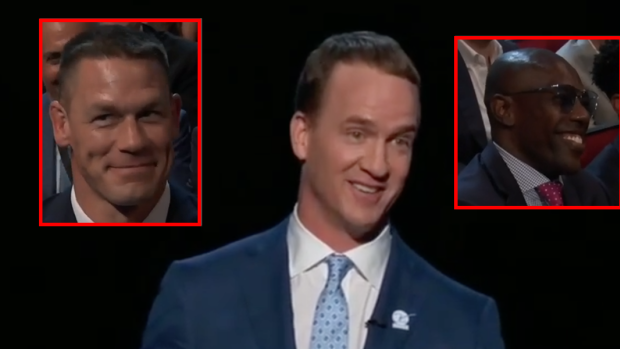 Peyton Manning has always been a humorous guy off the field, and the best examples of this are his commercials he's in or his appearance on SNL.

Wednesday night, Manning got the chance to show off his funny side at the ESPYS as he was the host for the 25th edition of the awards show.

During his opening monologue that featured everyone from the Knicks to P.K. Subban, Manning took aim at a lot of athletes and teams with his jokes.

#PeytonManning roasted #KevinDurant in his opening monologue at the #ESPYS and KD wasn't amused. (Video via @sportscenter)

We think it's safe to say Manning's been killing it so far, and Julian Edelman of the Patriots agreed.

Peyton Manning kinda been killing it, but we are in doors tho 💀#ESPYs pic.twitter.com/TD3mt63yyB

Edelman accepting the ESPY: "Never thought I'd say this but Peyton Manning is kinda killing.

We are indoors though."