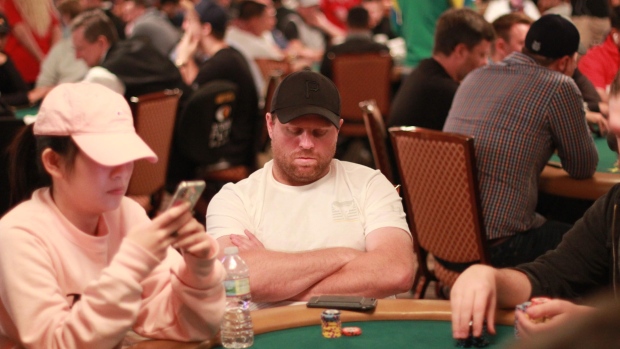 Whether Phil Kessel has the Stanley Cup or doesn't, every summer is always the summer of Phil because he does things like play in an event at the 2018 World Series of Poker.

The summer of #PhilKessel continues. . Kessel played in an event at the 2018 World Series of Poker this week and he finished in 118th place. . ( [📷] : World Series Of Poker)

You're eyes aren't playing tricks on you.  That's Phil Kessel and he played in the $2,500 No-Limit Hold'em event that ran from June 21st to June 23rd in Las Vegas.

Kessel might be a two-time Stanley Cup champion, but based on that picture and the final standings we're about to show you, he didn't win the tournament he was playing in as he finished in 118th place and took home $4,216.

The event didn't end the way Kessel wanted it to, but heading into day 2, he was flying high in 22nd place out of 1,248 competitors.

Kessel couldn't get the job done, but the fact that he plays in poker tournaments (this isn't the first one) just adds to the legend of Phil.

Phil Kessel clearly not letting the trade rumours get to him. Here he is playing poker at a Las Vegas casino. #PhilTheThrill | #Pens | #LetsGoPens @FrankDangelo23 pic.twitter.com/BDEzbO86e1