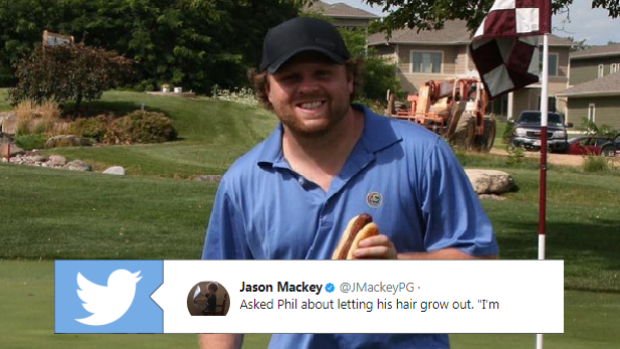 Phil Kessel during his day with the Stanley Cup. , Phil Kessel/Instagram

The 29-year-old has earned a reputation in the league for not backing down from speaking his mind; especially to the media. This was particularly evident during his playing days with the Toronto Maple Leafs, and he recently proved that things haven’t changed with the Pittsburgh Penguins.

Kessel has never been touted for having great hair by any means, but he decided to grow it out this summer. If you take a close look, it really doesn’t look half-bad.

The 2006, 5th overall pick was recently asked about his new hairstyle, and as you could have expected, he wasn’t down with the question.

Asked Phil about letting his hair grow out. "I’m not going to answer that stupid question. Next one."

While Kessel’s comments may be perceived as rude, it’s tough to blame the guy for getting a bit fed-up. First of all, what on earth does him growing his hair out have to do with anything? And second- why should it be anyone’s business?

Regardless, we’re sure this reporter wasn’t disappointed with his answer, and it just goes to show that Kessel isn't a fan of nonesense. At the end of the day anything that comes from his mouth is gold, and it's going to be weird seeing him with long flow if he chooses to keep it for next season.