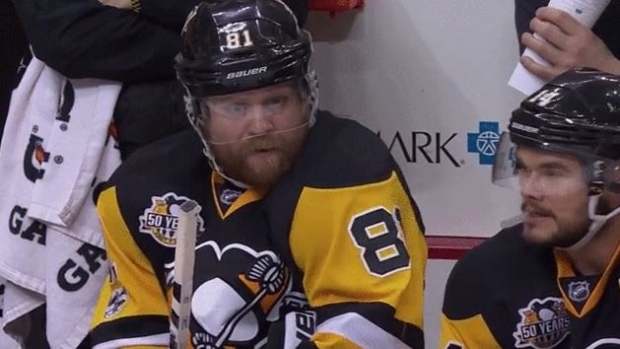 The postseason is always a tense time for players and fans and the further you advance in the playoffs, the more intense things get.

During the second round series between the Pittsburgh Penguins and Washington Capitals, Penguins winger Phil Kessel ended up having one of his blades pop out of his skate during the game. As you can probably guess, Kessel was not happy about it.

With the Penguins trailing the Ottawa Senators 1-0 in the Eastern Conference Final things are a little tense around Pittsburgh, especially since the team ended up blowing their home ice advantage.

Throughout the second period of a scoreless Game 2 no one looked more rattled or animated than Kessel, who lost it multiple times on the bench during the period.

Nothing has worked in Kessel’s favour this series, and he’s clearly reached his boiling point early on in this series.