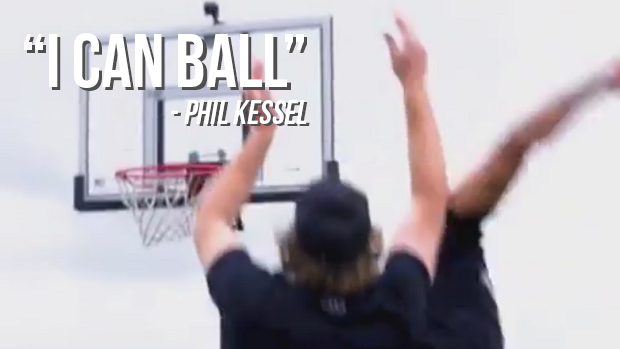 Phil Kessel is a fan-favourite not just in Toronto or Pittsburgh, but around the NHL.

The word beauty is heavily overused in hockey, but if there were one person that truly deserved the title it’s Kessel. Time and time again you’ll hear from his teammates how funny he is in the locker room and what a great guy he is to have around.

Well, Ryan Reaves is the new guy in town and he’s already having some fun with number 81.

Reaves and Kessel played one-on-one basketball and it’s absolutely amazing. Kessel opens up the clip by stating that he “Can ball”. His jump shot actually looks pretty smooth, but he was having a rough day in this particular video.

Kessel is the absolute best. He’s a good sport all the time and even in basketball you can tell that he’s a nice guy, who tries hard and loves the game.

Between this and the recent prank candles that Kessel had trouble blowing out, The Thrill’s teammates are definitely having some fun with him this year. He’s having fun on the ice too, starting off the season with nine points in his first nine games.

Night Cruise with my idol @davegrutman