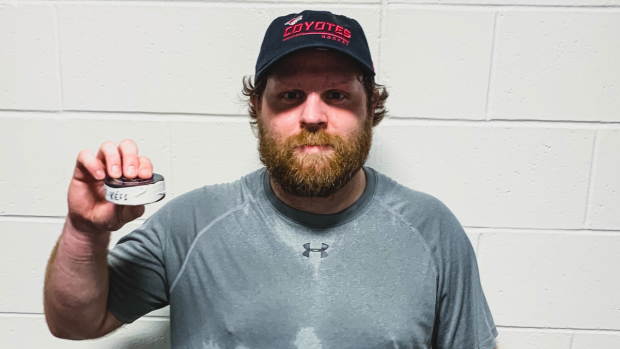 Phil Kessel was selected in the 2006 NHL draft, and now 15 years later he recorded his 900th NHL point. It wasn’t just a second assist either, it was a nice wrist shot that he scored on the breakaway.

Although Phil the Thrill had every reason to celebrate, he instead acknowledged that he still has a lot of work to do to improve his breakaways.

You can always rely on Phil Kessel for some pot-game gems.

The true marvel of Arizona’s 5-2 win over the Sharks wasn’t just Kessel’s 900th point. It was that he shared his milestone night with a couple of his young teammates. Victor Soderstrom and Jan Jenik both scored their first NHL goals.

Although the Coyotes won’t be heading into the NHL Playoffs, last night gave the team and their fans a whole lot to celebrate.