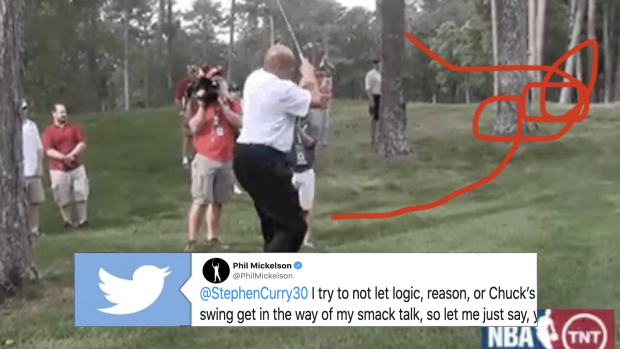 Phil Mickelson is apparently regarded as the best trash talker in the game of golf.

Mickelson said he's honored to have Barkley as his partner, but not overly optimistic about having him as his partner. He is confident they'll get the W and that's all that matters.

'The Match: Champions for Change' will put Payton Manning and Steph Curry against Phil Mickelson and Charles Barkley. Manning is returning again this year, last year he teamed up with Tiger Woods to defeat Mickelson and Tom Brady.

Ahead of this year's game, Mickelson already got the chirps flowing.

The Match is just over one week away!@StephenCurry30 I try to not let logic, reason, or Chuck’s swing get in the way of my smack talk, so let me just say, you and Peyton are going to be taken down by the worst swing in golf and “that’s gonna leave a mark.” (Tommy Boy) pic.twitter.com/iTfUVCzvBp

We're sure it's all out of love!

And fans are absolutely loving it.

This is gonna be awesome!