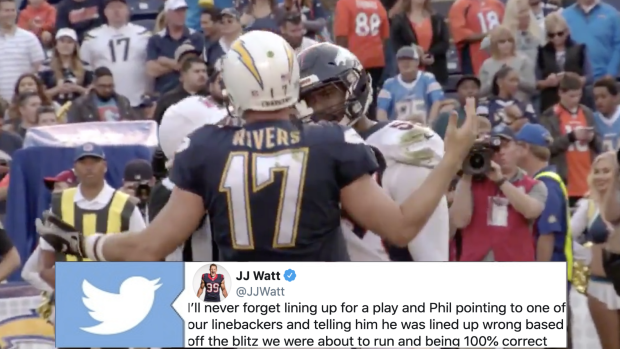 Wow, big news. Indianapolis Colts' quarterback Philip Rivers announced on Wednesday that he will be retiring, in a statement to ESPN.

After 17 years - 16 years for Chargers and his final season for Colts - 8 Pro Bowl selections, 12 years with 4,000-plus passing yards, and a whole lot of trash talk, the quarterback is officially leaving the NFL.

He'll be going on to a head coaching position at Alabama High School.

Everyone around the league and fans are reminiscing on their favourite Philips moments.

I’ll never forget lining up for a play and Phil pointing to one of our linebackers and telling him he was lined up wrong based off the blitz we were about to run and being 100% correct about it haha.

One of the smartest I’ve ever played against and a hell of a competitor. https://t.co/1AZxyvDafu

there's only one Philip Rivers 🤣 pic.twitter.com/vgaJXksV4a

Though his NFL career is over, Philip Rivers will forever be our mic’d up king.