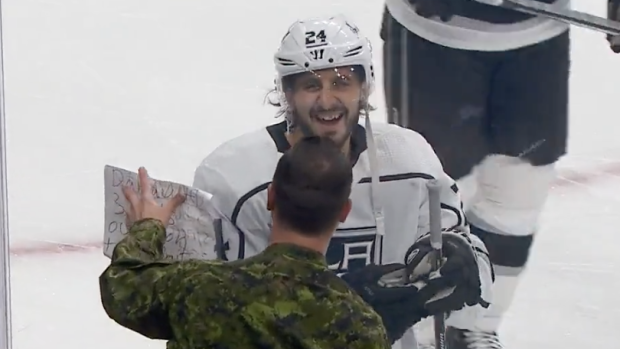 Hockey is one incredible sport. We can all agree on that one.

But it’s the little moments outside of the game that make it so special!

Phillip Danault's gesture on Saturday prior to the LA Kings game against the Jets is the perfect example of why it’s our favourite sport. During the Kings pregame warmup, Danault took a second to speak with a Canadian Armed Forces member that was in attendance for the game. After having a mini conversation, Danault tossed him a puck in exchange for a military patch.

Man, this is actually pretty cool.
Phillip Danault trades a puck for a military patch with a Canadian Armed Forces member before the @LAKings/@NHLJets game.#GoKingsGo pic.twitter.com/AlcWE6CAcI

Can you say class act?