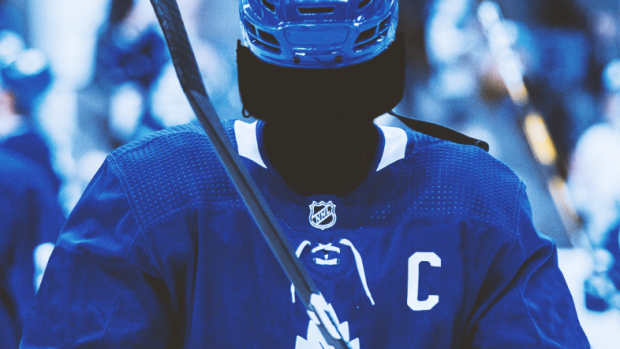 It's been a summer of change this offseason in the NHL for a lot of big names, but it seems like the big moves have finally stopped and now everyone has their sights set on training camps starting up, as well as the upcoming season.

There's one question that some teams have to answer, though, heading into the 2019/20 campaign and it's a very important question that shapes the culture of the team going forward.  If you haven't guessed what the question is, it's "Will we name a Captain and if so, who?"

Tavares on the idea that Matthews is next #Leafs captain: "Absolutely. I have always said, the type of player and person he is, he has a presence in our locker room and around the team ... He has tremendous potential and is a big piece of this locker room."

As it stands right now, at this very moment, 8 teams have captain vacancies and while we don't know when or if these teams will even name captains before the start of the season, we can still give you our best guesses as to who could wear the "C" for these teams.

The leafs need a captain this summer. They need one voice in the locker room to settle down the team. Reilly, Matthews or Tavares just pick one!

The Toronto Maple Leafs haven't had a captain since Dion Phaneuf back in 2015/16 and with all of the hype, as well as the high expectations surrounding this team, it seems like the perfect time to name a captain.

There are a number of candidates, but John Tavares is the player we're giving the "C" to because he's a former captain and locked up for the long term.

Is dodgeball on ice the next big thing? @BradyTkachuk71 was the last man standing in this round. @BauerHockey

Let us preface this by saying it seems unlikely the Ottawa Senators name a captain this season considering how young of a team they are.

If they do name a captain, though, why not start young and give it your first-round pick from a year ago in Brady Tkachuk, who recorded 45 points in 71 games as a rookie.

Bo Horvat better be named captain next year. He was always our captain this year anyways. Tied with Petey for the team lead in goals while playing with sub par teammates the entire year. You rock @BoHorvat

Even with Alexander Edler back in the fold, this seems like an easy choice the Canucks should have no problem making.  Bo Horvat is 24-years-old and had a career-high 61 points last season.

@JustinWilliams we are waiting for u, captain! One more year, please 🌪❤️ pic.twitter.com/GdPOkqyOzN

As we mentioned earlier, as of right now, the Hurricanes technically don't have a captain because Justin Williams is still a free agent.  If the 37-year-old doesn't return, giving the face of their franchise, Sebastian Aho, the "C" could be the move.

Congratulations to the Glendening’s! 💍♥️

Young star or veteran for the "C"? That's the question the Red Wings will have to answer and if we were in their shoes, we'd go the young star route and name Dylan Larkin captain.

Larkin had a career-high 73 points last season and is just 22-years-old.

Mark Messier, captain of the 1994 Stanley Cup Champion Rangers, tells @RealMichaelKay what it's like to win a championship for New York City. pic.twitter.com/exg0reuBYD

The New York Rangers have missed the playoffs in two-straight seasons, but there's a ton of hype and new faces that could lead them back to the postseason.

This was the toughest "C" to guess, but we resisted the urge to give it to Marc Staal and instead went with another player who is wearing an "A" in Chris Kreider.

"I thought we played hard, we gave all we could."

Logan Couture speaks to the media at locker clean out: https://t.co/OEYM5a3Flq pic.twitter.com/JbnnMT2utS

Joe Pavelski took his talents to Dallas and left San Jose with an open "C" to give out.  As of the moment, Joe Thornton hasn't signed with the Sharks, but even if he was under contract, Logan Couture is the best chance as captain for the long term.

The Vegas Golden Knights' captain decision is even more significant because whoever it is would be the first in team history.  Jonathan Marchessault is the player we think deserves that honour.