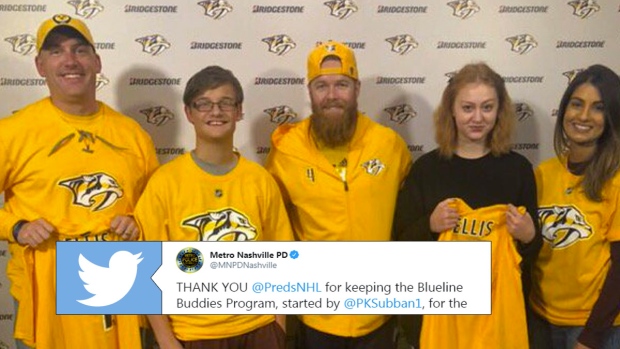 PK Subban was a member of the Nashville Predators for only three seasons, but he’s still making an impact in the city despite now living and playing nearly 1,000 miles away in New Jersey.

Ahead of his second year with the Preds, Subban started P.K.’s Blueline Buddies Program, which provided game tickets, dinner and meet and greets with the team to members of the Metro Nashville Police Department and a guest, as well as a representative from a local organization and an underprivileged youth.

Subban is no longer in Nashville, but that didn’t stop the Predators from continuing the Blueline Buddies Program as they brought it back this season with a little adjustment to the program’s name.

It’s pretty awesome that Subban is still making a positive impact in both Montreal and Nashville and he’s not even living or playing in those cities anymore.