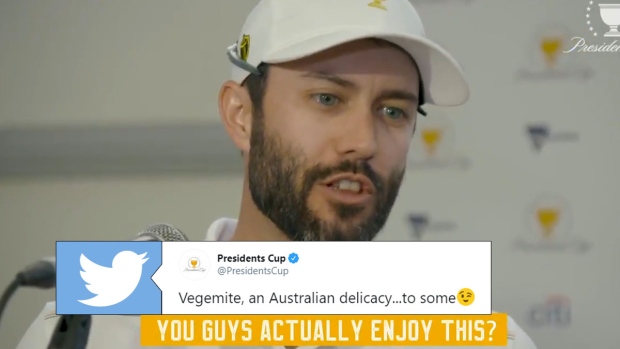 The 2019 Presidents Cup is taking place at the Royal Melbourne Golf Club in Melbourne, Australia, this week.

Before some of the world’s best golfers teed off, they were forced to try Vegemite. If you’re not familiar with the Australian food spread, it’s thick, dark brown, and is made from leftover brewers’ yeast extract with different vegetables and spice additives.

Here are some of their reactions.

It turns out just about every single golfer competing in Melbourne was not a fan of the spread. Well, everyone except for Louis Oosthuizen.