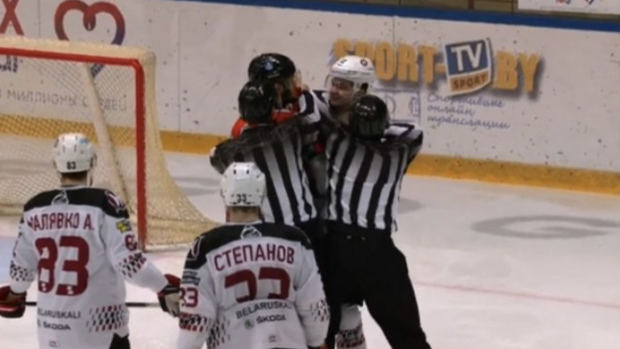 Hockey is the sport we love most and it feels like there's a piece of us missing since hockey went on hiatus all over the world.  It took some leagues longer than others, like the KHL for example, to shut down, but for the most part, every league has suspended or cancelled play.

We say most because we posed the question to Twitter and actually discovered that there's one league still going strong.

I watched belarussian league semi finals on YouTube the other day. It was a pretty good game too

Belarus had hockey on yesterday. There playoffs

That's right, the Belarus Extraleague is still playing games and it doesn't seem like they'll be stopping anytime soon.

In fact, Friday Game 5 between Soligorsk and Neman Grodno was played, with the winner of that contest moving one step closer to a trip to the finals.  Furthermore, people are betting on these playoff games.

We have hockey playoff action today in the Belarus Extraleague.

Yunost Minsk is looking to go back-to-back as champions and get their league leading 9th title overall.

Free 😴5u hockey play for today 💪

Let us know if you are tailing 🍺

For those who had money on the game, Soligorsk came out on top and will advance with a win to face Yunost Minsk.