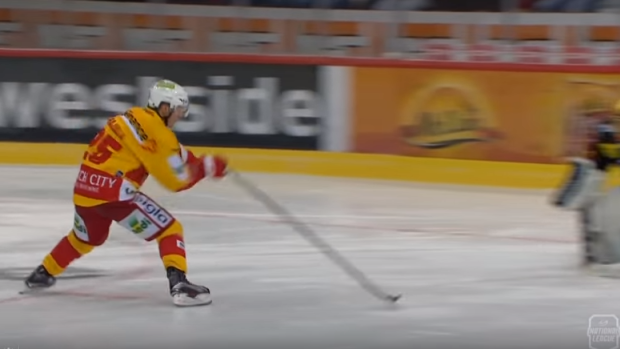 It’s one of the nicest goals you’ll ever see in professional hockey, and the man that scored it didn’t even think of trying it when he grabbed possession of the puck.

Over in the Swiss National League on Saturday, Toni Rajala of EHC Biel scored a ridiculous one-handed shootout goal on Saturday that was reminiscent and as amazing as Sidney Crosby’s goal against the Buffalo Sabres last season.

The wrist strength and forearm strength from the Fin is extremely impressive. Rajala’s goal gave his club a 5-4 victory in the shootout over SC Bern.

Rajala said in a translated Swiss article that he didn’t even plan on trying the move, and it just kind of organically occurred as he skated down in on the goaltender.

Thanks to the fine folks over at Reddit Hockey, there were a number of highlight reel goals in the Swiss League from Saturday’s action, but nothing as spectacular as Rajala’s one-hander.