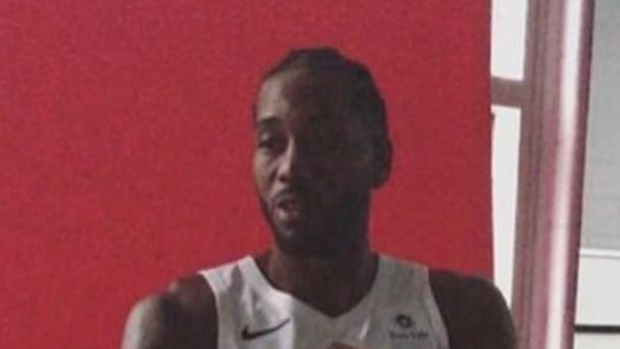 Everyone knows the relationship that Drake has with the Toronto Raptors.  He's the team's "Global Ambassador" and he's been the inspiration behind certain jerseys the team has worn in the past.

Last year, for example, Toronto's "City" jersey was on brand with OVO and based on this picture from Raptors' media day that went viral, that will once again be the case this season.

For comparison purposes, here's the new jersey side-by-side with the uniform from last season, via sportslogos.net.

It's the same design with the main colour being the only significant change and it looks extremely sharp.

Yo these leaked black and blue Raptors jerseys for this season are dope pic.twitter.com/1a9DUIqlKt

No no, THIS NEW JERSEY is pure gold, and I want it right now. Store link plz pic.twitter.com/Gzoc4LBdso

A formal unveiling of this new jersey hasn't happened yet, but it's only a matter of time and we can't wait.