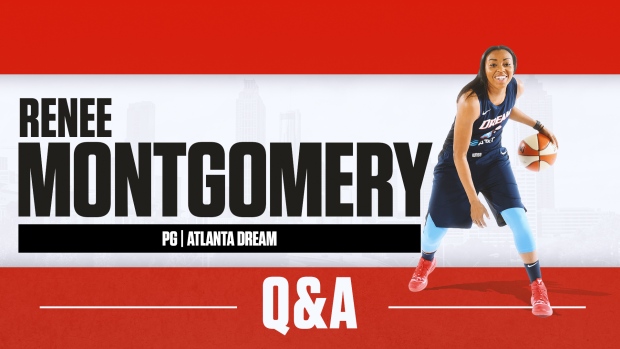 She's 11 years into her WNBA career and still going strong as the Atlanta Dream’s starting point guard for the past two seasons, but the team won’t have Renee Montgomery when the season begins in late July. Last month, Montgomery became the first player to opt out of the 2020 season specifically to focus on social justice reform.

Coming from predominantly white West Virginia, Montgomery wants to help in her basketball home of Atlanta, where voters in Black communities face disproportionately longer voting lines — an issue that has drawn the focus of LeBron James, Skylar Diggins-Smith and more. The WNBA’s history of athlete activism runs rich, and Montgomery, who recently published a letter in response to Dream co-owner and U.S. Senator Kelly Loeffler’s criticisms of Black Lives Matter, joins others including Tasha Cloud and former teammate Maya Moore to bypass basketball for action.

Her focus will be to make sure that voters have the information they need. “People understood that I grew up in West Virginia, where it was a 3.6 [percent] Black population in the state,” Montgomery says. “People understand that, okay, she’s experienced different cultures and now she wants to help connect, and so that was my goal for this season that I’m sitting out.”

Montgomery recently spoke to BarDown by phone about her decision to opt out as well as her activism and how she plans to take action. 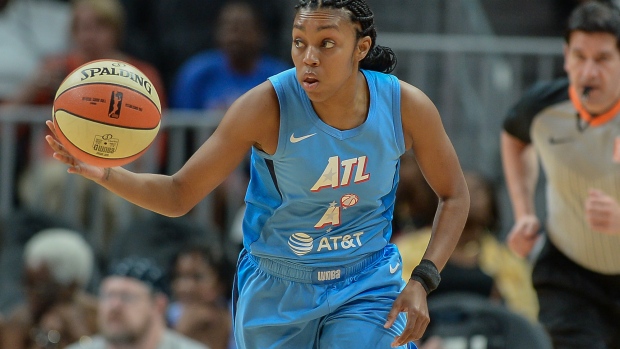 BarDown: What was going through your mind when you made the decision to sit out the season?

Absolutely. When you had that conversation with your team and your teammates, how did they react? Were they supportive to that?

They were! I think that when people understand why you do something, it helps them accept it, and so I explained to them, you know, my thought process, talking to my parents, and then people got it. People understood that I grew up in West Virginia, where it was a 3.6 [percent] Black population in the state. People get it. People understand that, okay, she’s experienced different cultures and now she wants to help connect, and so that was my goal for this season that I’m sitting out.

In terms of your activism, what are the specific changes that you personally are advocating for, and how do you want to take action on those?

The first place I’m going to start is with a voting campaign, because the elections are in November, so that’s an obvious place for me to start. The voting campaign is going to be completely educational in the sense of, 'What is a Democrat? What is a Republican? What do you need to do to get to the polls? What do you need when you get there?' It’s all informative. People, if they know more about politics and understand how it affects their everyday lives, maybe that will energize them or lift them to go vote.

Locally, within your Atlanta community, how do you feel like progress towards change is going on that front?

I mean, I think about it all the time, you have to look for the win. When you think about systematic racism, it’s a huge thing. It looks like a mountain to climb, but when you just start climbing, you just look at the wins along the way and only worry about what’s in front of you, then you can start to see the progress.

The Atlanta Hawks opened up State Farm Arena, that’s a win. That’s huge. To open up an arena for a voting location, not only can people come now and social distance, but with public transit, you can go straight to the door. So that levels the playing field for a lot of different communities.

So you won’t be a part of the WNBA when it comes back, but it is going to come back, and some players have expressed concern that the return of basketball, obviously including the NBA as well, is going to be something that pulls attention away from the Black Lives Matter movement. Is that a concern you share?

That’s not a concern for my end. I think that the players that are going to be playing, they’re going to be doing a lot of different things to use their platform to promote and continue the movement. So, I think you have to allow people to show what they can do.

There are other WNBA players who are choosing activism over returning to basketball right now, obviously including your former teammate Maya Moore who’s doing that for the second year in a row. Have you had any conversations with any other players who are sitting out, or maybe considering it?

Oh, yeah! I’ve been talking closely with a lot of players actually, just to see how we can collaborate, see what they’re trying to do, if I can help them and if they can help me and what I’m trying to do. So, definitely been in talks with a lot of different people.

Do you see yourself returning in 2021 for sure, or is that an open book for now?

Yeah, it’s an open book. I’m only sitting out the 2020 season, I’ve announced that, so that’s what the book is for right now.

Alright, that’s just about all I’ve got. Thank you so much for your time, I really appreciate it. Do you have any questions for me about the story?

I don’t have any questions per se. I will say that I also have another campaign coming up that, it’s an HBCU, and I talked about getting a lot of wins off the court, and a championship win for me off the court will be if I can help save Morris Brown College.

It’s an HBCU here in Atlanta that was founded by, the only college founded by an actual slave, they lost their accreditation 20 years ago, but they’re on the fast track to get it back, they’ve zeroed out their debt line. They’ve got their accreditation loan, they submitted the loan, so they’re almost on the up-and-up, they just need some funds to make sure that they’re stable and sustainable, so that’s going to be my goal to help raise funds for that college.​