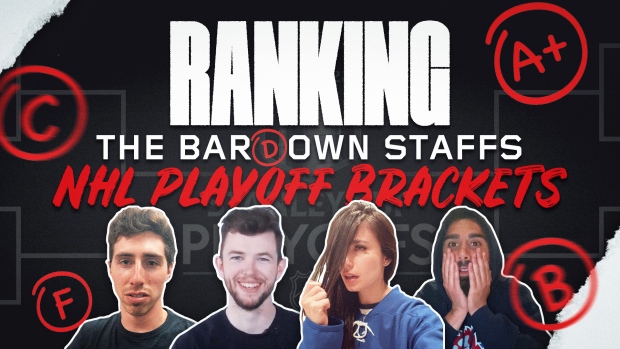 It’s that time of year, again!

The Stanley Cup Finals are back. The Colorado Avalanche will host the Tampa Bay Lightning for Game 1 Wednesday night to begin the final series of the 2022 NHL playoffs.

Is anyone surprised? The two-time defending champions are in the finals, AGAIN, taking on a team that finished first in the Western Conference and second in the entire league. It makes sense. With that said, the way everything played out might not. Look, the Florida Panthers won the Presidents' Trophy and still lost in the second round. You could argue about the Leafs first round exit to the Bolts but that’s a debate we don’t have time for.

Playoffs are simply a different beast and it can be tough to predict how everything plays out. At the end of the regular season, some of the BarDown staff made NHL playoff brackets and we think it’s perfect timing to review how we did! We will be ranking them in a Tier List with categories of OUTSTANDING, GOOD, NOT BAD and FAILED MISERABLY. Let’s just say only 4/15 of the squad predicted the correct Stanley Cup Final.

For the most part and regardless of how it happened, everyone had either Tampa Bay or Colorado in their SCF bracket but these people below:

LUKAS
Props for getting one out of four series in the second round correct lol. 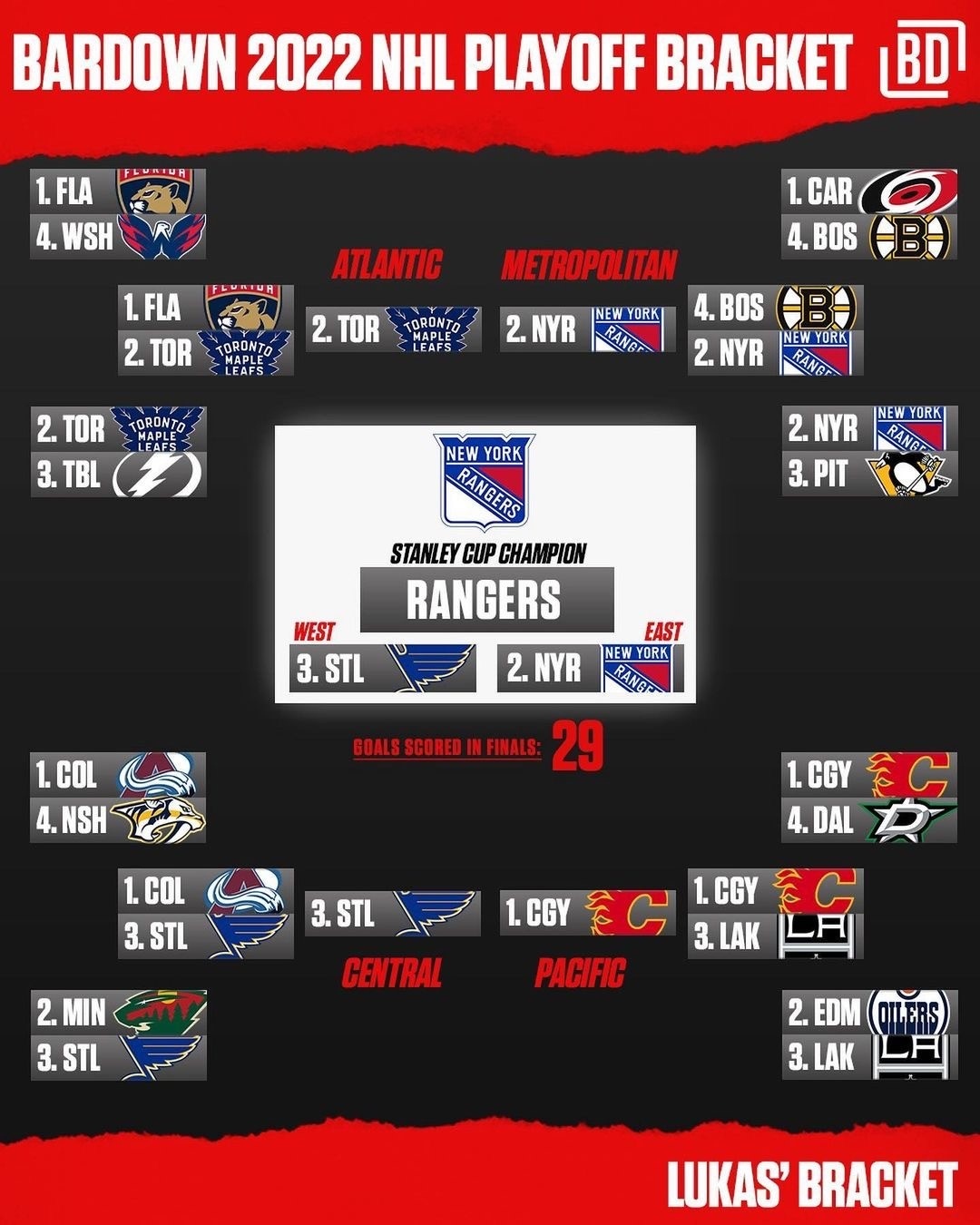 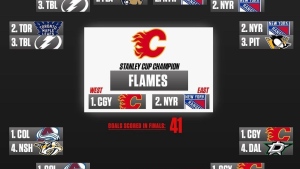 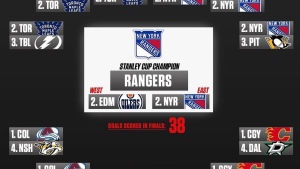 MICHAEL
Decent second round but the rest is self explanatory. Better Luck next year! 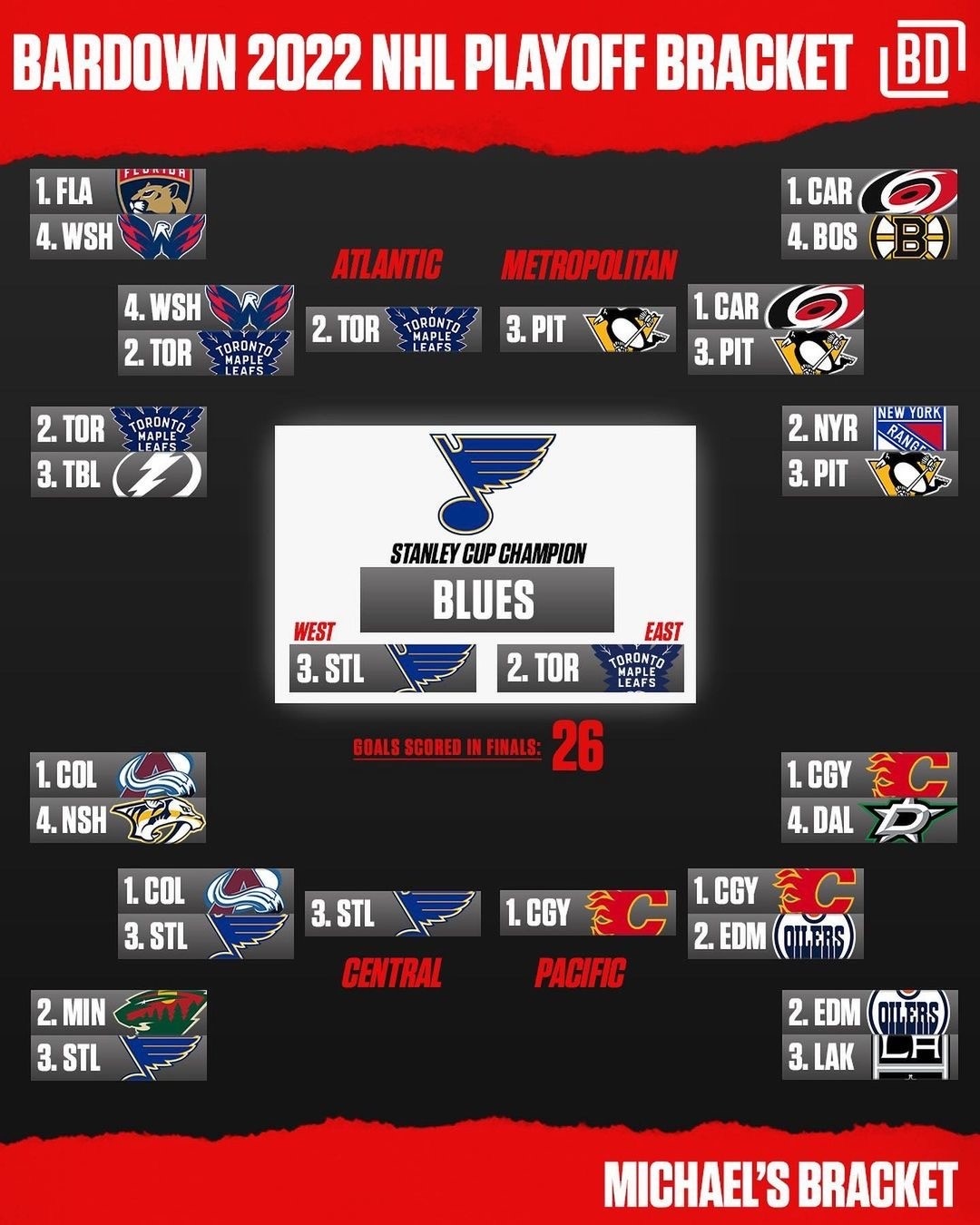 PATRICK
The Flames beating the Oilers is something we can all understand but the Avs too? Wow! 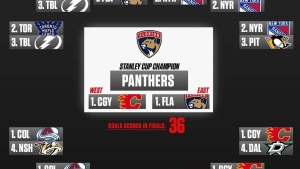 LUCA
Luca predicted almost the entire second round wrong which just set him up for disaster but shout out to him for being correct about his Avs!

VINCE
Same thing as Luca but congrats on guessing the correct final! 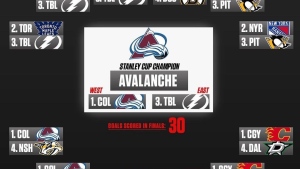 JEFF
The bottom half (West) makes sense but the top (East) is just a whole different story. 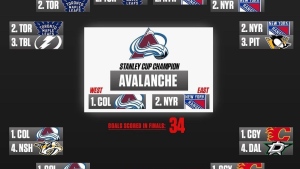 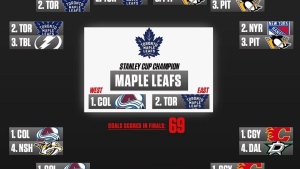 SAM
Very strategic of you Sam, just not your year. 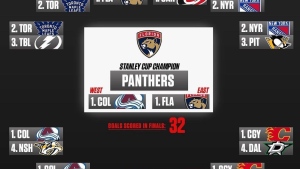 MARISSA
Marissa, I’m still extra sorry about the Leafs breaking your heart, AGAIN. Brownie points for the battle of Alberta and having AVs in the Finals though. 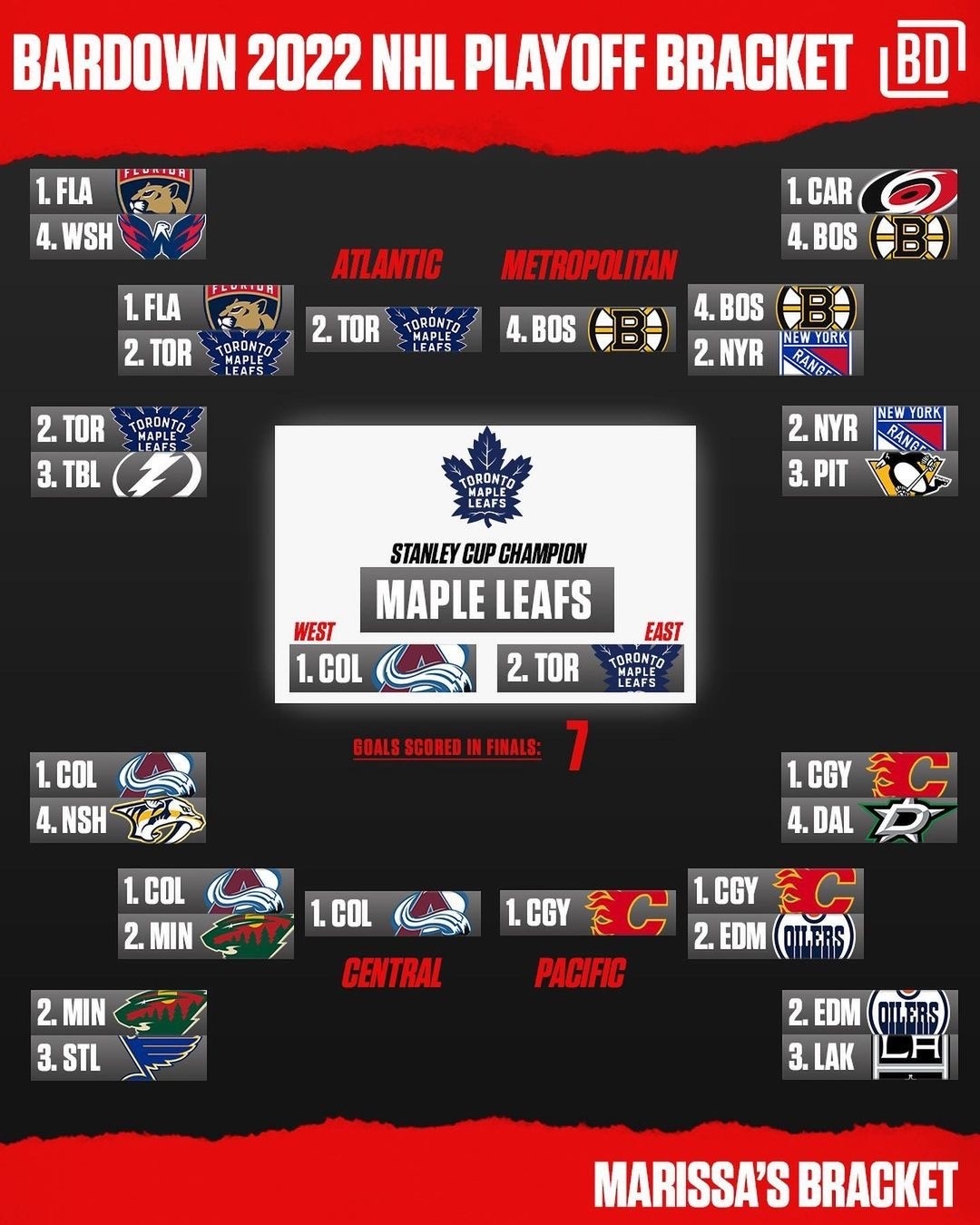 MATT
Bold to assume Tampa was making a first round exit but we like it, and see what you did there for the rest of the second round. 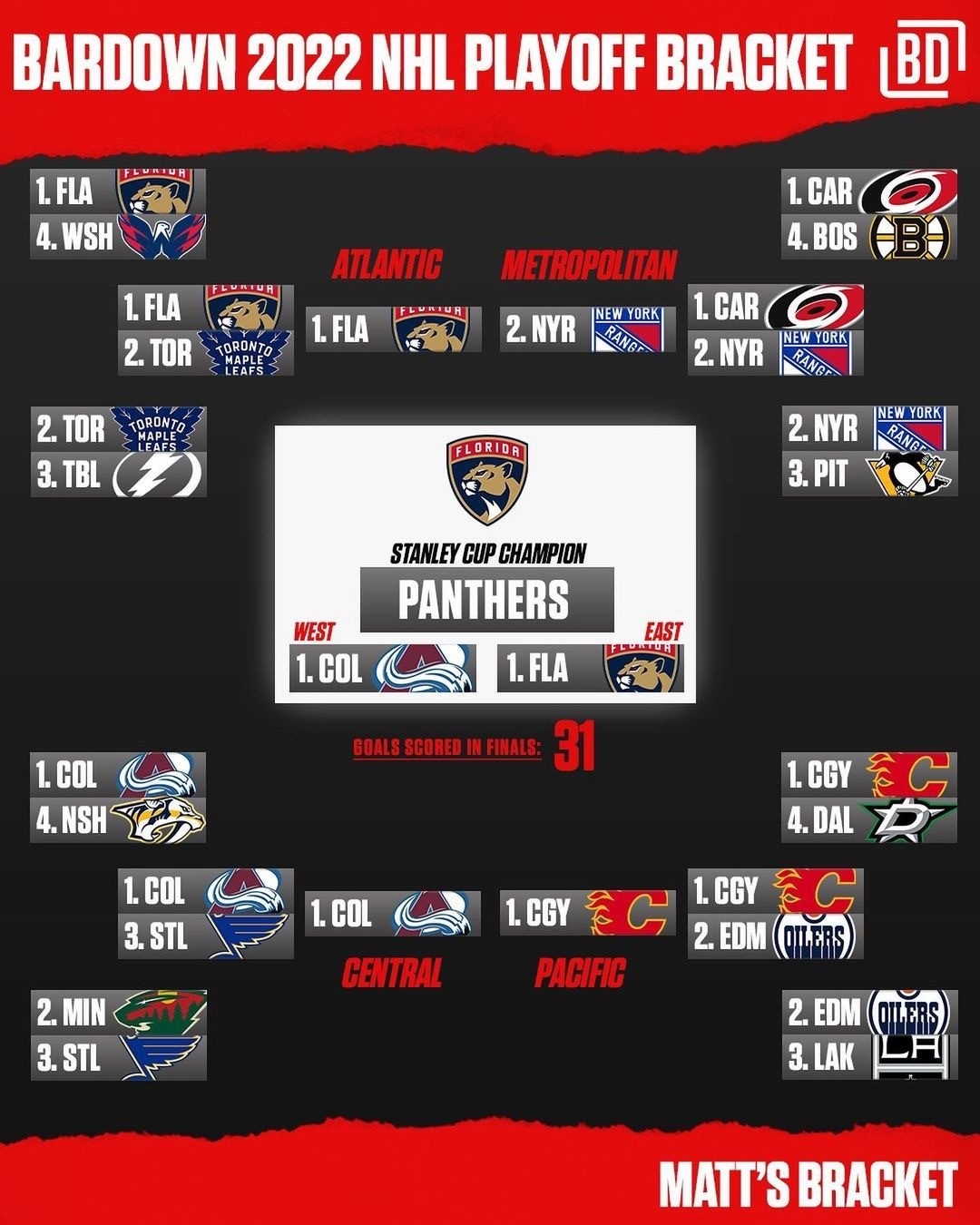 JESSE
Pretty messy but some of it is for good reason. On paper the Panthers should have beat the Lightning and the Flames had a lot of potential in the West. Regardless, things went downhill quickly in the first round. 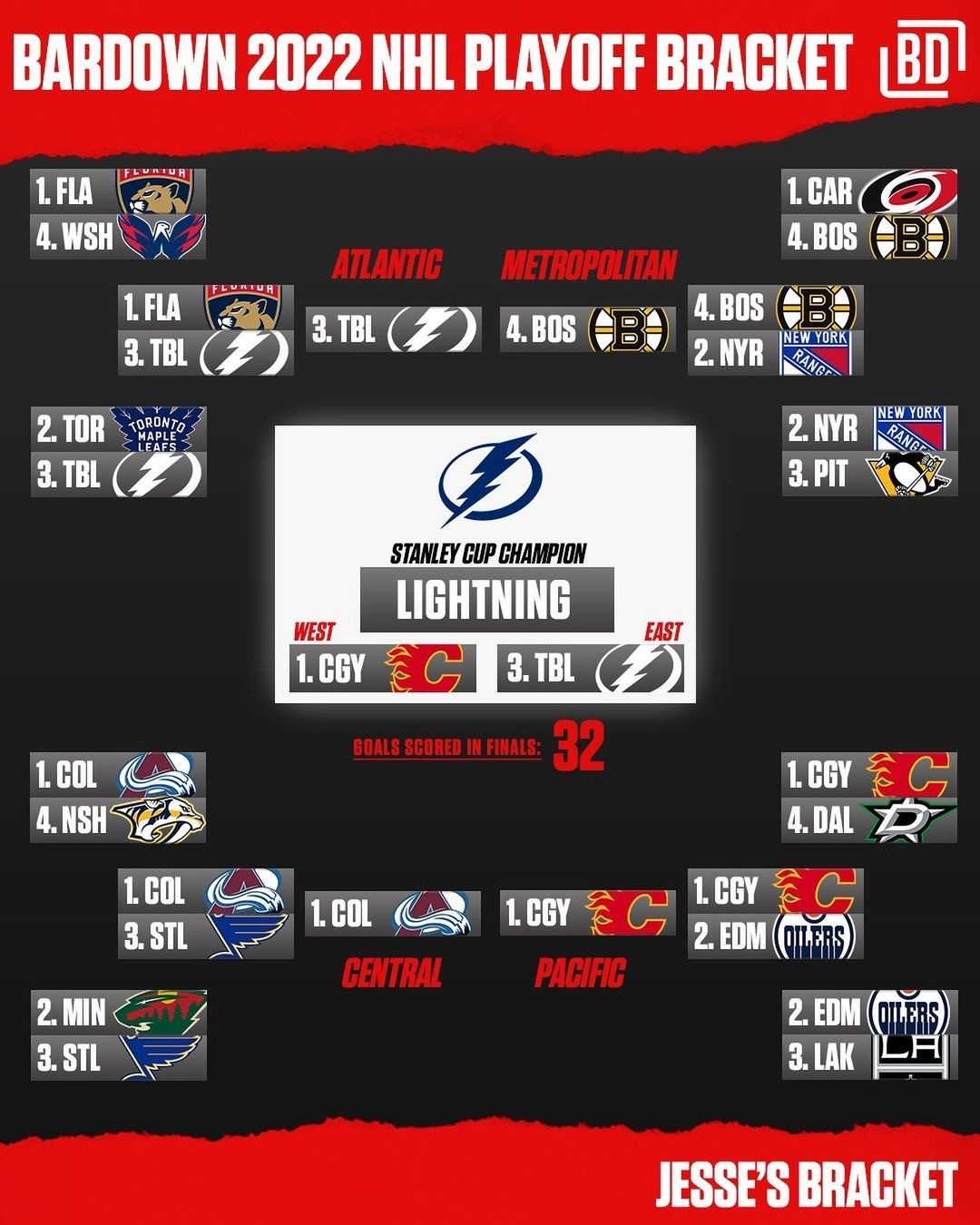 ERIC
A couple minor errors in the second round but everything would have been gold if you just left the Leafs go. 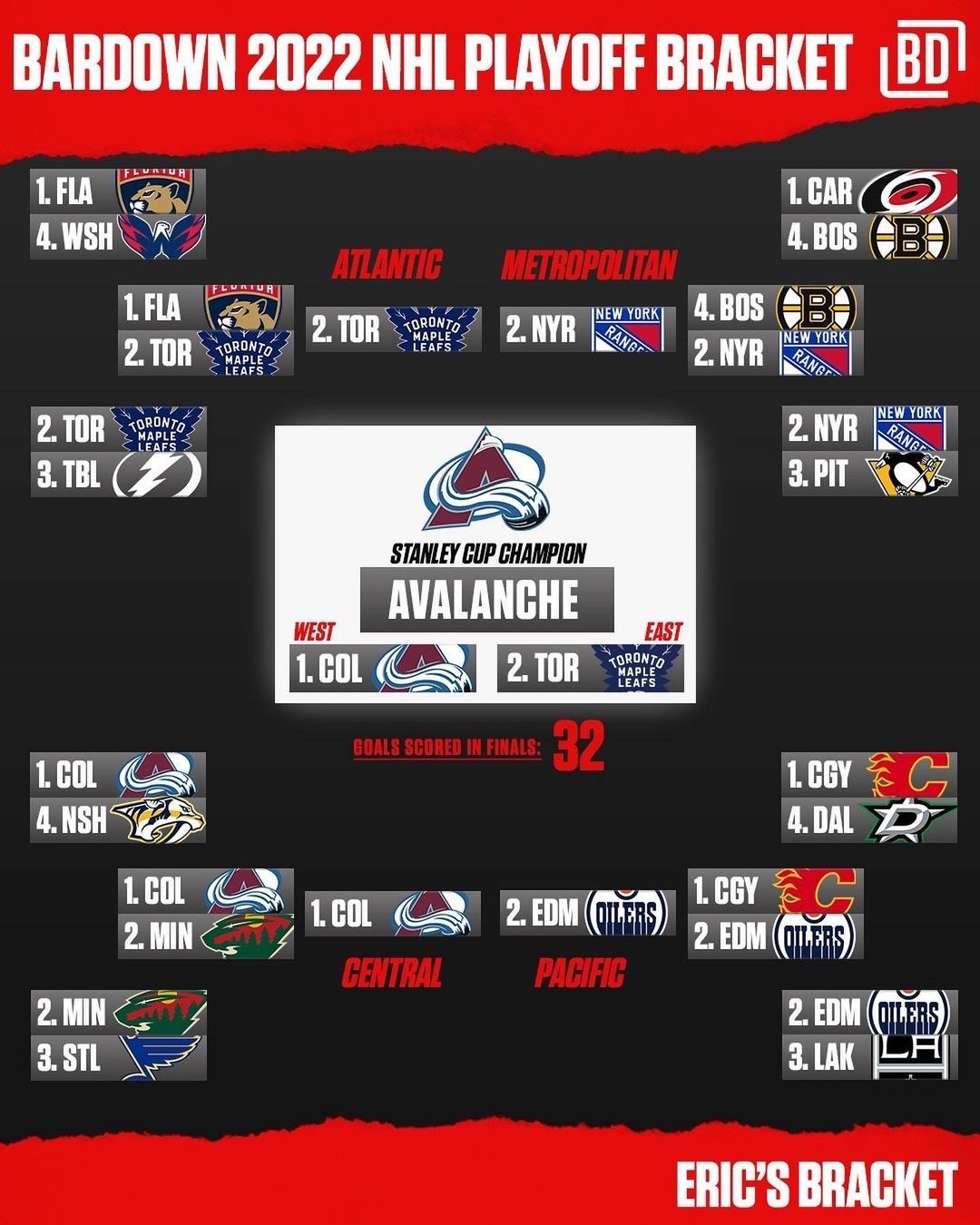 RAEGAN
The only BarDown member to go 8/8 in the second round deserves a lot of credit (unbiased). 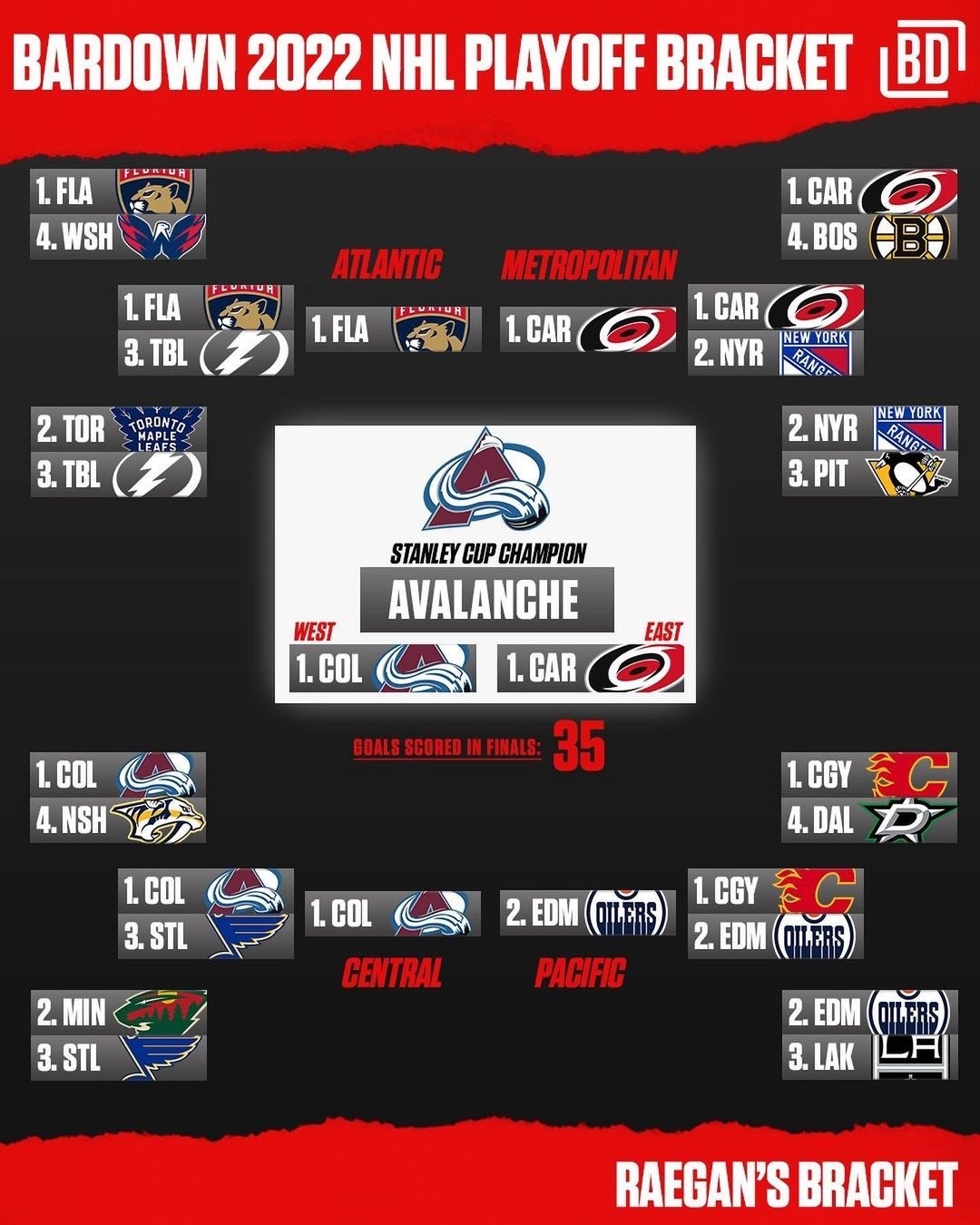 JACK
Choosing the Kings over the Oilers in the first round is tough. Also, the Wild over the Blues! Correct SCF is the only reason why I chose A over B. 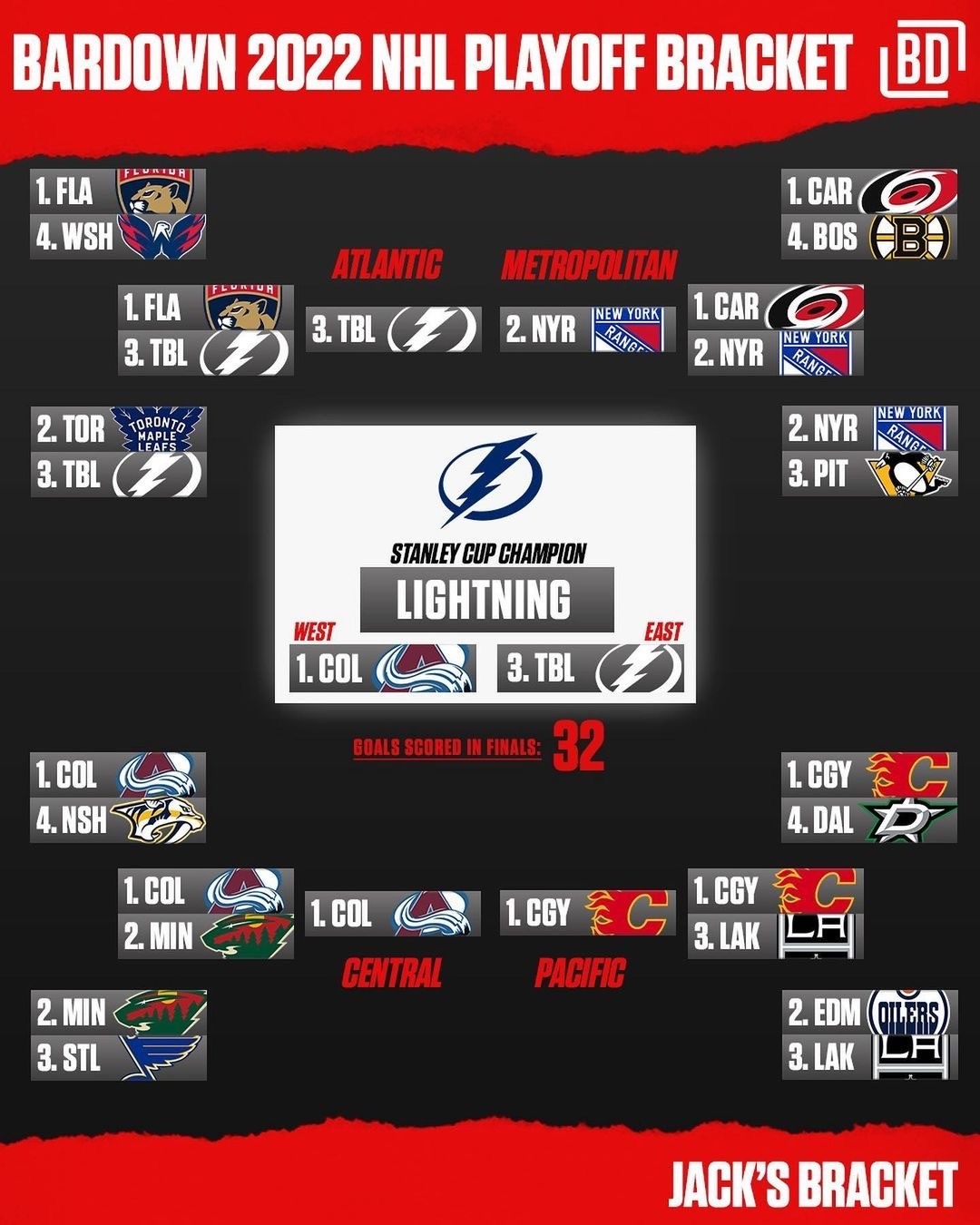 DZ
DZ went off the path a little but found his way back with a strong SCF!

CHRIS B
Despite having two errors in the second round, he still managed to have 3 out of 4 teams in the Eastern and Western Conference final correct, along with the right SCF.