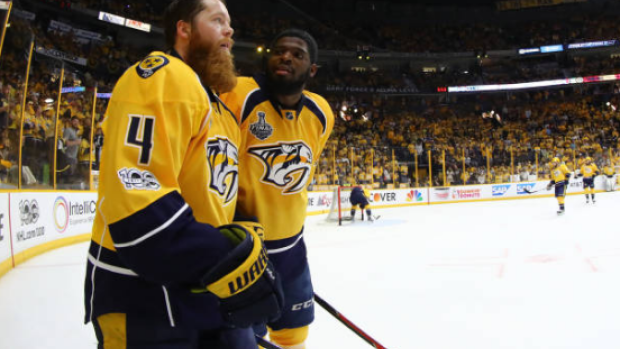 After 17 NHL seasons, Mike Fisher has called it quits.

After 1,088 career games #Predators captain #MikeFisher retires from the NHL 👏👏

The 37-year-old finishes his impressive career with 276 goals, 309 assists and two Stanley Cup appearances. He was drafted by the Senators with the 44th overall pick in the 1998 NHL draft.

Fisher’s departure leaves with it a leadership role to be filled in Nashville. With that said, here are our top five candidates to become the Predators’ next captain.

It’s still puzzling why Forsberg was traded to Nashville from Washington in the first place, but he has made a nice new home for himself in Tennessee. The Swede has led the Preds in goals over the past two seasons and also led his team in points with 9 goals and 7 assists in the 2017 playoffs. At 22, he’s a bit young compared to some of the others options, but age isn’t necessarily a factor when selecting a captain in today’s NHL. 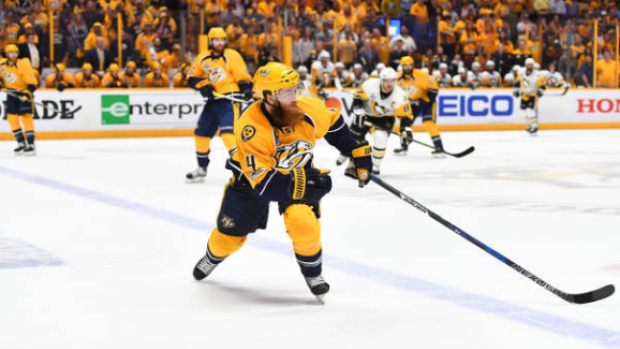 Though he is by no means the Predators’ best player, defenceman Ryan Ellis still deserves consideration for the role.

Ellis’ development was relatively slow and had its bumps along the way, but he has gradually transformed into a rock on the blue line. At just 5’10, 180 pounds, the Hamilton native is fearless and wears his heart on his sleeve game after game. Ellis proved to be a key asset during the 2017 postseason where he racked up 5 goals and 8 assists in 22 games while averaging 23:25 minutes of ice-time over that stretch. He is certainly not the frontrunner, however he is worthy of being in the conversation. 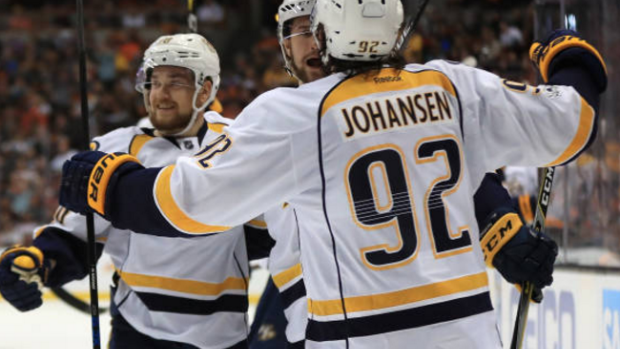 Johansen is a relatively new face in the organization, but he still could be primed for the vacant spot.

The 2010 fourth overall pick has done nothing but impress since being transferred to Nashville in a blockbuster one-on-one swap for defenceman Seth Jones. Johansen has smoothly emerged as the team’s number-one center and has thrived in the position, managing to record 95 points in 124 regular season games thus far. He also showed strong in the playoffs, racking up 3 goals and 10 assists before suffering a leg injury which sidelined him for the rest of the postseason. 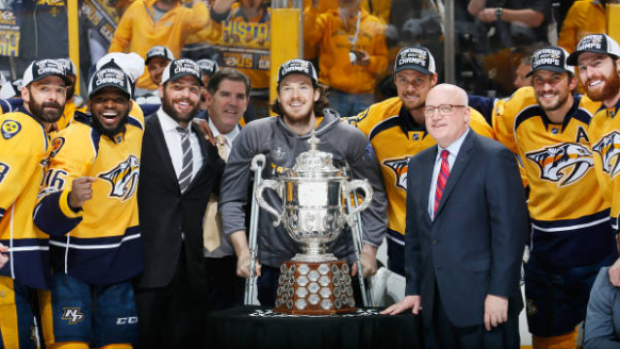 Johansen recently signed a $64 million contract that will keep him with the Predators for the next eight seasons, and his lengthy commitment to the team could lead general manager David Poile to award him with the ‘C’. 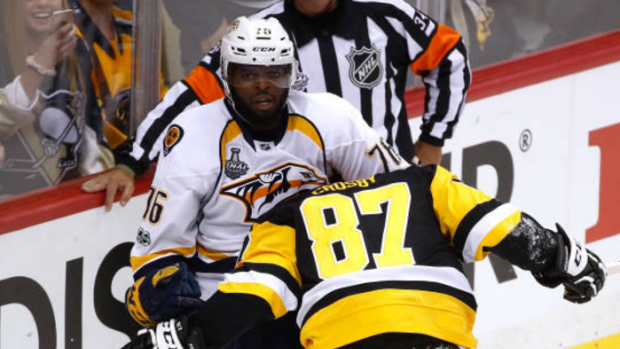 Dynamic, outgoing, and lovable are all appropriate adjectives to describe defenceman P.K. Subban with, and are also all qualities that make for a great captain.

There’s no denying Subban’s skill on the ice. The 28-year-old plays with an unparalleled energy on the backend that the NHL has rarely seen before, and is undeniably one of its fiercest competitors. Off the ice, Subban is just as impressive, as his constant charity work and devotion to his fans has turned him into one of the most beloved athletes in the world. He is a fantastic ambassador for the game of hockey and is a logical choice to lead any team.

It would only be fitting for him to fill the shoes of the person he replaced last summer. 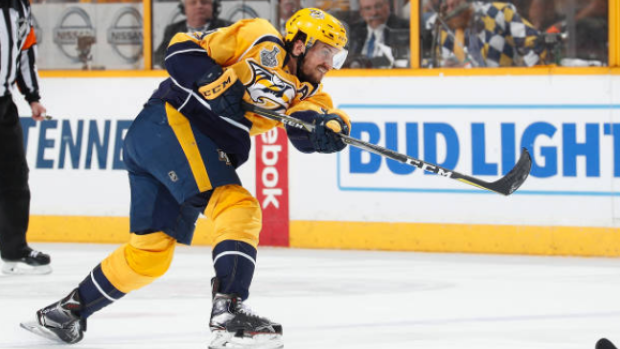 That’s right, Roman Josi should be named the seventh captain in Preds history.

The Swiss native is a product of the team’s system and quickly became a favourite amongst fans. A beautiful skater with excellent hockey sense, Josi led all Nashville D-men in points over the past three seasons and average time on ice per game during the 2016-2017 campaign (25:04). He also proved his value for the Predators in the 2017 playoffs after finishing first on his team with 25:45 TOI/per game and second in points with 14.

At just 27 years of age, the former 38th overall draft pick has developed wonderfully and is ready to be given the keys to the well-equipped car in Nashville.

Let us know who you think the Predators’ captain will be @BarDown!