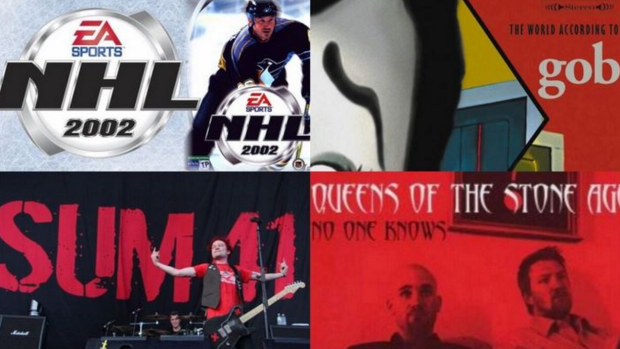 When we created the ultimate EA Sports NHL soundtrack, we were forced to leave a lot of great songs off of it.

That's why we decided it would be fun to rank the top 5 EA NHL video game soundtracks, as a whole, of all-time, which will surely cause arguments amongst hockey fans as seemingly every NHL soundtrack was awesome, but we're prepared for the backlash.

As always, we love to see your opinions and feedback, so don't hesitate to tweet us @BarDown, and as always, enjoy!

(NOTE: Some songs are missing from the Spotify playlists due to the fact that they are not on Spotify)

Airbourne, "Runnin' Wild"
Apocalyptica feat. Tomoyasu Hotei, "Grace"
Avenged Sevenfold, "Afterlife"
Billy Talent feat. Anti-Flag, "Turn Your Back"
Black Tide, "Warriors Of Time"
Bullet For My Valentine, "Hearts Burst into Fire"
Coheed and Cambria, "The Running Free"
From First To Last, "Two As One"
Johnossi, "Execution Song"
Millencolin, "Done Is Done"
Panic! At The Disco, "Nine In The Afternoon"
Phantom Planet, "Do The Panic"
Protest The Hero, "The Dissentience"
Sons and Daughters, "Gilt Complex"
The Elms, "The Shake"
The Kills, "Cheap and Cheerful"

American Head Charge, "Loyalty"
Animal Alpha, "Bundy"
Avenged Sevenfold, "Bat Country"
Beatsteaks, "Atomic Love"
Billy Talent, "Red Flag"
Bullet For My Valentine, "4 Words (To Choke Upon)"
Fall Out Boy, "Our Lawyers Made Us Change The Name Of This Song So We Wouldn't Get Sued"
Institute, "Bulletproof Skin"
Kaiser Chiefs, "Saturday Night"
Mando Diao, "Down in the Past"
OK Go, "Do What You Want"
Pennywise, "Knocked Down"
Rock 'N' Roll Soldiers, "Flag Song"