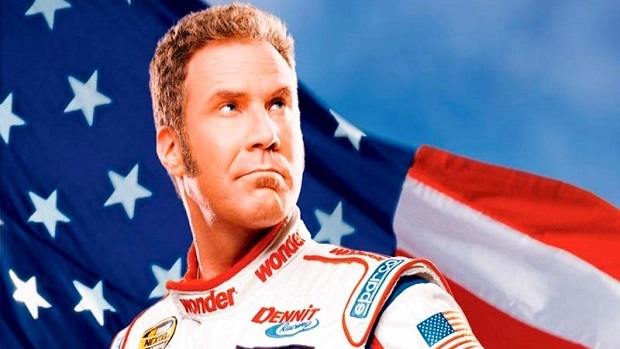 By now, Will Ferrell has entered legendary status as far as comedic actors go. Step Brothers, Old School, The Other Guys, they're all classics that will forever go down as some of the funnier movies ever (at least for millennials) but let's not forget a certain genre of flicks that Ferrell has historically thrived in...

This has arguably been the area where Ferrell has thrived most. From a soccer coach to race car driver, the 52-year-old has played some unique characters that have left fans still shouting their lines today. So with that in mind... let's rank'em his sports movies shall we?

Here's our take, but we'd love to hear yours if you disagree:

This one's not necessarily as popular as some of the others you'll see on the list, but it definitely had its share of funny moments. Ferrell isn't necessarily the funniest character in this one, rather it's his supporting cast. Mike Ditka serving as his assistant is classic (and so random), but wh  could forget Byong Sun? A solid movie but definitely not Ferrell's best in the sports department.

This one has its haters but Ferrell's character as Jackie Moon is enough to at least lift this one up to number three. EVERYBODY LOVE EVERYBODY!!!! LET'S GET TROPICAL!!!! His style is impeccable in it too, which is a huge plus. We don't care that it has a 21% rating on rotten tomatoes... this one is going to age like fine wine!

Speaking of style... Ferrell's is pretty off the charts in this one as well. His role as Chazz Michael Michaels is nothing short of epic and one of the few roles in which we've seen Ferrell play a bad seed (if that's what you want to call him in it?). the Iron Lotus is the greatest figure skating move we've ever seen and should NOT be tried at home.

And we can't forget about Jon Heder. He was pretty solid, too.

Chazz, Jimmy and I have some opinions on equal representation of female athletes, gender stereotypes, and the importance of exposing young girls to physical activity ... and we’re hoping to bring as much attention as we can to these topics with a little razzle dazzle ❄️🔥 . Stay tuned for our interview / casting decisions for Blades of Glory II. . Fun times, as always, with @bardown @tsn_official and @adidasca

Will Ferrell... John C. Reilly... and Sacha Baron Cohen in the same movie? Yeah, that's a winner right there.

Ricky Bobby is arguably Ferrell's greatest character and he and his buddy Cal Naughton Jr. have inspired some fantastic Halloween costumes. Just look at Brady Tkachuk!

There are some many good lines from the movie that you'll actually have the opportunity to see tonight on TSN2! Tune in at 8 PM Eastern Time to watch the whole darn thing. Shake and bake baby!!!!