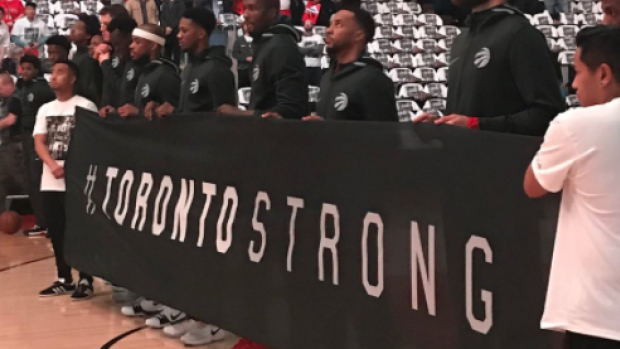 The Toronto Raptors played their first game since the horrific van incident that took the lives of 10 innocent people on Monday afternoon in Northern Toronto.
As big as Game 5 between the Raptors and Wizards was for both teams, there was a much more important moment that was bigger than basketball and all of sport.
Prior to tip-off, the Raps and Wiz paid tribute to the victims of the incident by holding up banners that read #TorontoStrong, as well as a moment of silence.

The NBA, along with both clubs, will make a donation to the fund for the victims and their family members.

We love our city. pic.twitter.com/3EJQHnDwnB

The Toronto Raptors take a 3-2 series lead after defeating the Washington Wizards 108-98. pic.twitter.com/veTfcfRkU1