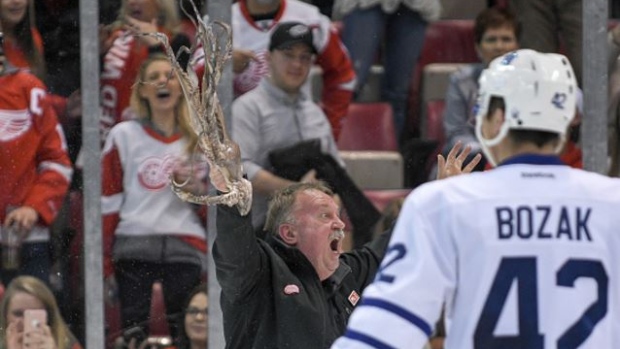 The Legend of the Octopus is one of the oldest traditions in sports.

The tradition dates back to over 60 years ago when the teams needed to win a total of eight games over two series to win the Stanley Cup. The eight legs on the octopus symbolize the eight wins needed to become league champs.

On Saturday night, the Detroit Red Wings hosted the Toronto Maple Leafs for the final time at the Joe Louis Arena and someone decided to throw an octopus onto the ice near the end of the game for old time’s sake.

After the game, the person who threw it shared a photo of how they managed to get it inside the arena.

To be willing to wrap an octopus around your body for an entire NHL game is dedication as its finest.

Would you wrap an octopus around you like this just to take part in one of the greatest traditions?