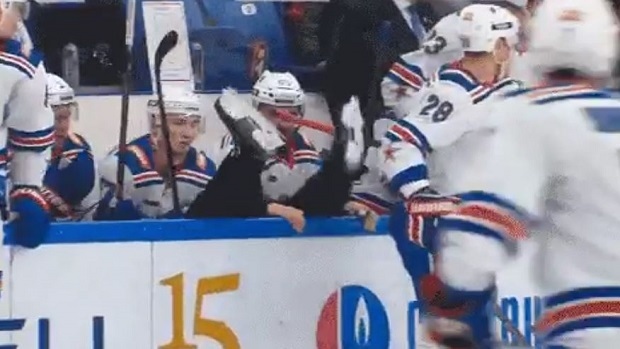 Official goes over the boards , Twitter/khl_eng

We’ve seen players go up and over the boards and end up on the bench after taking a hit from an opposing player, but we’ve never seen a referee go up and over.

Well, that's all about to change.

This past weekend, SKA Saint Petersburg and Dinamo Riga went head-to-head in KHL action and it wasn’t the most physical battle, but we’re guessing the officials would say otherwise. At one point in the game, one of the officials ended up on the wrong side of a hit from defenceman Andrei Zubarev and ended up going up and over the boards.


Good guy Nail Yakupov gave the official a hand and helped him back up and over the boards while the rest of his teammates just stared down at him and waited for him to help himself.