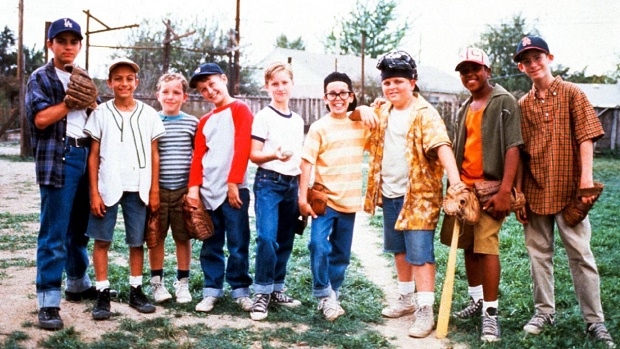 The Sandlot hit theatres on April 7, 1993, and 27 years later it still holds its own and remains one of the most popular sports movies, especially among baseball fans.

The movie’s responsible for classic lines such as "You’re killing me, Smalls!" and "Heroes get remembered, but legends never die", and many memorable scenes like Squints pretending he doesn’t know how to swim to sneak a kiss from Wendy Peffercorn, all the kids trying to explain to Smalls who Babe Ruth is, and many more. Basically, the entire movie is great and there’s too many great scenes to list.

With that being said, in honour of the movie’s 27th anniversary, we’re remembering some of the times professional baseball teams and players paid homage to the movie.

25 years ago today the world was introduced to “You’re Killin Me Smalls!” Come celebrate “The Sandlot” this summer with Patrick Renna and a Great Hambino Bobblehead - https://t.co/IqBC3ju3Na#TheSandlot pic.twitter.com/gMY5Db1346

It's always cool when professional baseball players get to interact with the actors from the movie, especially since a majority of the younger players in today's game grew up on that movie, but it's cooler when fans show the movie some love in their own ways.

And that’s just a few times the movie or the actors have been shouted by teams and players. This season a bunch of MiLB teams had promotional nights planned themed around The Sandlot, with the Buffalo Bisons and Charlotte Knights being two of them.